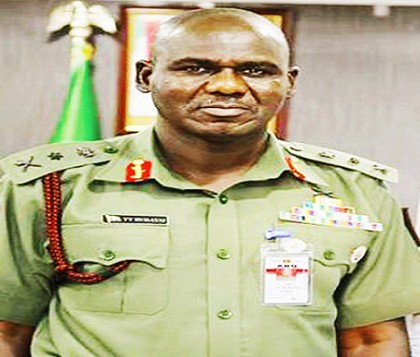 The Chief of Army Staff, Lt Gen Tukur Buratai said on Monday, that he would continue to lay emphasis on capacity building of soldiers to enhance their combat efficiency.

Buratai spoke in Jaji, Kaduna State, at the opening of a five-day Command and Leadership seminar for 150 Warrant Officers and Non-Commissioned officers of the Nigerian Army.

The seminar is organised by the British Military Advisory and Training Team (BMATT).

He said the seminar is to train the Nigerian Army to be capable of accomplishing all the mission with which it may be tasked.

According to him, “my vision is to have professionally responsive Nigerian Army in discharging its constitutional roles.

The Army Chief, who was represented by the Commandant, Infantry Corps Centre, Maj.-Gen Sunusi Muazu, said that there cannot be a professionally responsive army without an equally effective warrant officers cadre and Senior Non- Commissioned Officers.

He said that the seminar was designed to develop command skills in the participants, to enable them communicate effectively and efficiently with their surbodinates.

Buratai, advised Officers to participate actively in the seminar so as to benefit fully from the training.