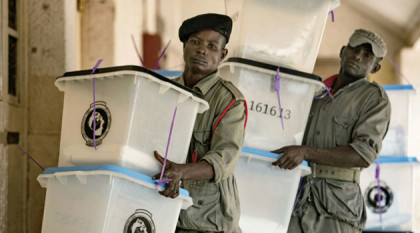 The International Election Observer groups in Tanzania comprising the Commonwealth, European Union, African Union and the Southern African Development Community has expressed concern at the cancellation Zanzibar’s Presidential polls, warning that the development could endanger peace and unity in the semi-independent island.

In a statement jointly issued in Dar es salaam, the four International observer groups described the nullification of the election as unfortunate and urged the leaders of both Tanzania and Zanzibar to quickly resolve the stalemate and live up to the expectations of Tanzanians.

The commonwealth observer group led by former President, Goodluck Jonathan stated that the polling across the country was peaceful, orderly, transparent and in accordance with the law of Tanzania.