We Will Soon Give Nigerians The Change They Voted For 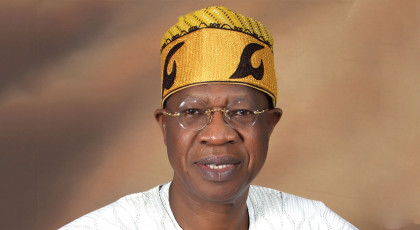 The Minister of Information and Culture, Alhaji Lai Mohammed, has assured Nigerians of better times ahead, saying they will soon get the change they voted for.
”This Government will not give excuses. The painstaking and methodical approach by the Buhari Administration, its deep analysis and understanding of the challenges and the recent inauguration of the cabinet will herald a new dawn,” the Minister said at a meeting with representatives of Civil Society Organizations (CSOs) in Abuja on Tuesday.
He said that in the next few days, the Administration ”will start firing from all cylinders, starting with the unveiling of the 2016 budget”.
”Nigerians will witness measurable and impactful progress in all spheres of governance. We shall not abandon our social intervention policies such as one meal a day for school children and the payment of 5,000 Naira each to vulnerable Nigerians. We are committed to lifting millions of Nigerians out of poverty,” Alhaji Mohammed said.
On how the Administration will fund its programmes, in view of the drastic fall in the price of crude oil, the Minister said it would be through the diversification of the economy, plugging of leakages as well as exploiting and widening the country’s tax base without necessarily raising taxes.
”A comparative analysis between Nigeria and South Africa will drive the point home. In 2013, with a population of 160 million and GDP of $510 billion, Nigeria collected $30 billion in taxes, whereas South Africa, with a population of 54 million and GDP of $366 billion, collected $74 billion in taxes.
”In 2014, Nigeria, with a population of 170 million and GDP of $535 billion, collected $26 billion, while South Africa, with a GDP of $350 billion and population of 54 million, raked in $70 billion. From the figures, it is obvious that if only we can widen our tax base, we do not need to raise taxes to increase our tax revenue,” he said.
The Minister commended the CSOs for the role they played during the last general elections, saying the organizations, especially those grouped under the Situation Room, contributed hugely to the success of the polls.
He said the Buhari Administration will carry the Civil Society along in its efforts to change, for the better, the country’s fortunes. ”That is why we have started our engagement with you this early. Therefore, this will be the first in a series of engagements with the Civil Society. We see you as credible, and we see you as patriots, who are genuinely interested in the welfare of the people,” the Minister said.
In his speech on behalf of The Situation Room, Mr. Clement Nwankwo urged the Federal Government to tackle growing national issues with the urgency that it deserves.
”Expectations are very high amongst Nigerians for the changes promised by General Buhari during the campaigns. The need to deliver on campaign promises is against the background of the complete lack of public trust in government and its institutions,” he said.
Mr. Nwankwo listed ”urgent symbolic steps and quick wins” to be urgently implemented by the government as including transparency and openness of loot recovered from officials of the immediate past regime, openness of the national budget, sale of some of the presidential jets, zero tolerance for impunity and the probe of the FCDA land swap.