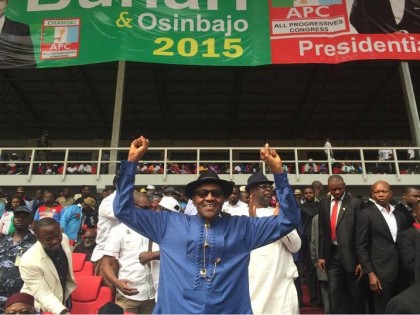 Buhari at Flag Off Campaign in Hort Harcourt Yesterday

All Progressives Congress Presidential standard bearer General Muhammadu Buhari has promised to improve the socio-economic status of Nigeria when elected in the forthcoming elections. 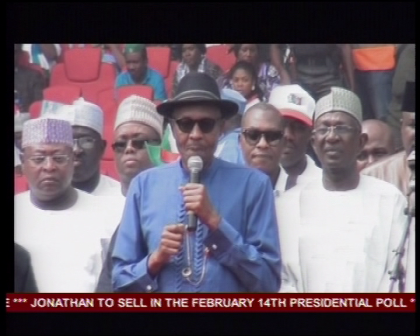 The APC presidential standard bearer made the promise during the official flag-off of the party’s presidential campaign in Port Harcourt, Rivers State. While describing the large turnout of the party’s supporters as a testimony of a pending victory for the party he called on all eligible voters to collect their permanent voter’s card to enable them vote on election day. Other APC standard bearers at the event stressed the need to sustain the nation’s unity and expressed determination to accord Nigerian’s the desired change in governance

NEWER POSTEbola virus death toll in West Africa reaches 8,220
OLDER POSTPresident Jonathan reaffirms commitment of his administration to curb the menace of terrorism and insurgency in the country