Alliance for Democracy AD, Northern Nigeria Forum has expressed support for the shift in the dates for the 2015 general
elections saying it is for the benefit of all Nigerians. This was at a media conference held in Abuja. Stating their position in the matter, the AD Northern Nigeria comprising of zonal national vice chairman from the North-East, North-West and North-central said they were not party to the claims of the national vice chairman north west but in support of the national chairman’s position that Mr. Rafiu Salau is not the party’s presidential candidate for the 2015 election. They expressed confidence in the capacity of Professor Atahiru Jega to conduct credible elections, urging eligible voters to use this window of opportunities to collect their permanent voter cards. It added that the party would soon come out on which presidential candidate to support as the party might not feature a candidate at that level. They affirmed that AD as one of the oldest party in the country would feature candidates for gubernatorial, national and states representatives positions. AD northern Nigeria comprises of members form north-east, north-west and north central. 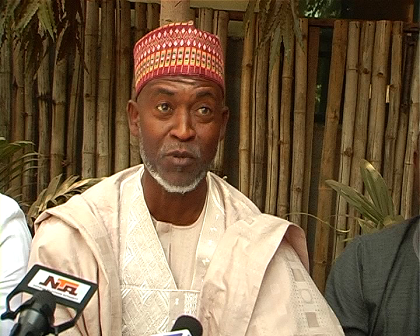