Fintiri: Still The Speaker Of The House

Members of the Adamawa State of Assembly say Ahmadu Umaru Fintiri is still the speaker of the House. The members stated this at a plenary presided by him against the backdrop of Tuesday’s report that the speaker and his deputy were impeached by some members.
Correspondent Tafawa Hamza Mayo reports that six of them have threatened court action over forgery of their signatures. 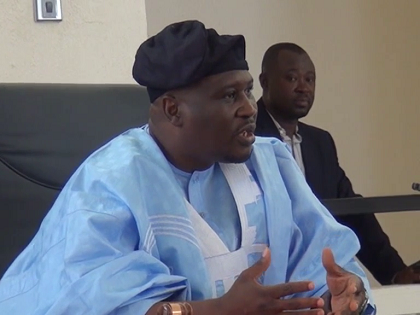