We Were In Bayelsa To Complement The Efforts Of Other Security Agencies During Election And Contribute To The Success Of The Election Process. – Army 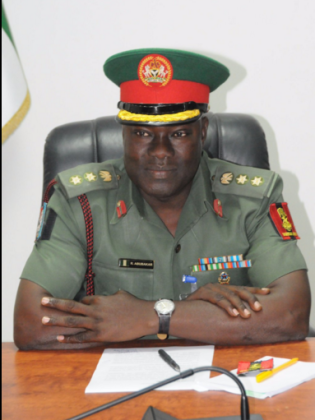 There was an allegation in the media from some citizens in the country claiming that members of the Nigeria Military was assigned to Bayelsa state for the purpose of rigging the Governorship election. This statement is totally false, untrue and baseless.

The duty of the military is to protect, secure lives and property of all citizens. We are non-partisan and do not support any political party. The Mission of Soldiers assigned to Bayelsa State and any other state was to complement the efforts of other security agencies during election and contribute to the success of the election process. We do this as part of military aid to civil authority and to sustain the democratic norms in our dear country. We do not intend to join issues with our political masters especially the complainant in this matter. To put the record straight recently there was a board of inquiry set up by the Military leadership to look in to the allegations of partisanship by some of our personnel in the last election in March 2015 which is still ongoing. If the military could do this, why then must we take side in the Bayelsa election? Therefore the allegation to say the least is untrue.

However, the Military will intervene when there is a threat of violence, compulsion, inducement or manipulative interference of any kind by anybody and this is in line with our rules of engagement and code of conduct. Also Restrictions may be imposed if the security of citizens or their human rights and freedom are impeded. Whatever the Military and other security agencies do are for the interest of this country.

Should there be any form of anomalies, such can be reported through the right channel or to the appropriate authority and we assure you action would be taken against any personnel found wanting.

We will continue to carry out duties assigned to us in the most professional way and without prejudice. We also seek the cooperation of citizens to make our job easy by abiding to laid down rules and regulations.