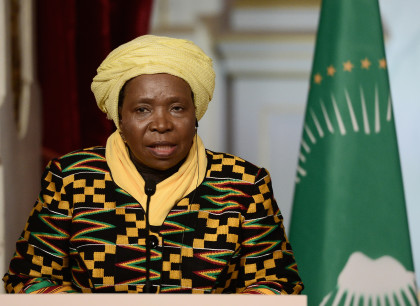 The Chairperson of the African Union Commission (AUC), Dr. Nkosazana Dlamini Zuma, welcomes the peaceful conduct of the first round of presidential elections in the Grande-Comore and the gubernatorial elections in the Autonomous Islands of the Union of The Comoros held on 21 February 2016. The elections marked a new stage in the consolidation of the democratic process in the country after the successful parliamentary elections held on 25 January and 22 February 2015.

The Chairperson of the AU Commission commends the Comorian authorities and people for holding successful elections on 21 February 2016, with the support of the international community. She welcomes the commitment and professionalism of the Commission Electorale Nationale Indépendante (CENI) and the mobilization of all actors including, the Comorian civil society that led to peaceful and calm elections. The AUC Chairperson commends the Comorian people for their maturity and continued demonstration of deep commitment to democracy and stability. She expresses her satisfaction especially with the participation of a large number of women observed in these elections.

The AU Commission Chairperson urges the Comorian political actors, including candidates and their supporters, to continue to demonstrate the spirit of responsibility and consensus, until the official announcement of results of both the elections held on 21 February 2016 and the second round of presidential elections planned for 10 April 2016.

The Chairperson of the Commission reiterates the commitment of the AU, working in close collaboration with the Indian Ocean Commission (IOC), the United Nations (UN), European Union (EU), the Arab League and other bilateral and international partners, to continue to support the process of democratic consolidation in the Union of The Comoros.