PDP Approves 3 Months Tenure For Sheriff, To Hold National Convention In May 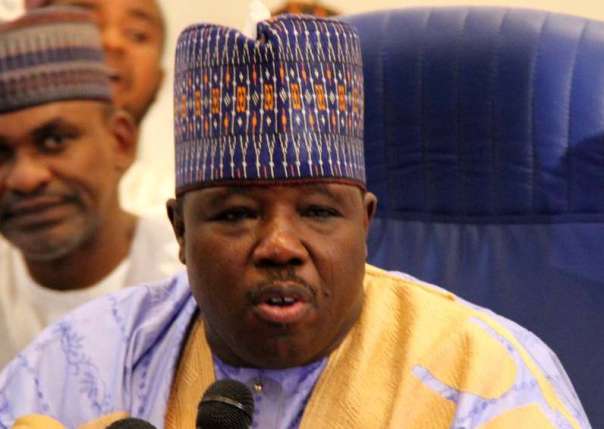 The Leadership of the Peoples Democratic Party (PDP) has agreed and approved  a three-month tenure for the Ali Modu Sheriff as national party chairman to hold a national convention in may.

This was reached at a caucus meeting which has in attendance the PDP Governors’ Forum, the party’s Board of Trustees (BoT), the National Assembly Caucus, the party’s National Working Committee (NWC) and the state Committees.

The meeting was held at the Ondo State Governor’s Lodge, Asokoro, Abuja, the decision was unanimous from all the sections.

Ondo State Governor, Dr. Olusegun Mimiko, who addressed the media shortly after the meeting, said the decision taken was in the best interest of the party.

He said Sheriff had been mandated to put in motion preparations for the party’s national convention to elect new members of the NWC to run the party.

The Acting Chairman of the BoT, Senator Walid Jibrin, also commented, saying that the BoT is in agreement with the decision.

According to him, Sheriff is expected to bring out a timetable within two weeks for the next convention to be convened in May.

He expressed the optimism that the lingering crisis in the party would be resolved within the period.

Commenting on the rejection of Sheriff by the party’s ex -ministers, Mimiko said they are members of the party at the state level headed by state chairmen, according, which in turn makes them automatically a party to the decision.

Mimiko added that the various party organs would still mediate to align they ex-ministers with the view to bringing them on board on the decision.