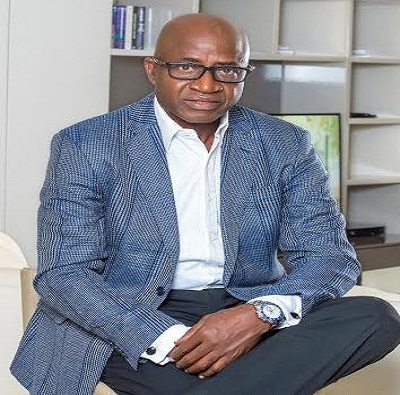 Gianni Infantino was formerly secretary of UEFA before he was elected by 270 countries as the new President on February 26 2016.

Odegbami who had initially bided for the FIFA presidency, claimed that his bid failed because he lacked support.

He was popularly called “Mathematical Segun Odegbami’’ because of his dribbling, precision passes and scoring ability in his playing days. He wore 46 caps for Nigeria between 1976 and 1982.

Odegbami, who also captained Nigeria to 1980 Olympics in Moscow, is the second African to make attempt at FIFA presidency after Liberia’s Musa Bility.

His bid to become the FIFA president did not materialise because he could not win the required backing of five member associations of FIFA.

Odegbami told NAN over the phone that the emergence of Infantino as FIFA  President had little to change in the order of world football.

He said that his expectations on Infantino is that he will perform to the level of everything he has said in his speech and if he does that, it will be very good for the game.

Odegbami said nothing has been wrong with the quality of world football, even while the corruption mess was going on, it did not affect the flow of the game he added.

Odegbami noted that the problem with world football was not in the standard of the game but the administration which had little effect on the quality of the game.

`”The problem is the administration, finances, the authenticity of process and fraud; these are the things that scandalise the body and not the game” He said.

Odegbami advised football followers to wait and see an all-inclusive FIFA to bring in more people.

He also said that he was not expecting FIFA to increase the quota of African nations in the World Cup but maintaining the status quo.