The Resident Electoral Commissioner (REC), for the Federal Capital Territory (FCT), Professor Jacob Jatau, has charged women in the FCT to see themselves as agents of change in the electoral process by collecting their Permanent Voter Cards (PVCs) and ensuring mass participation in the forthcoming Council elections. 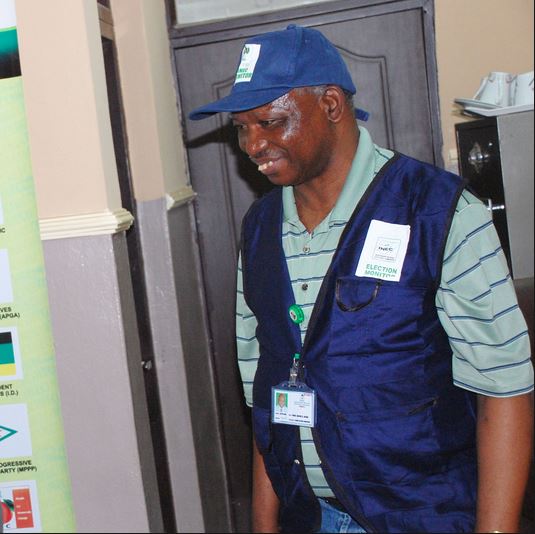 The REC, represented by Deputy Director, Legal, INEC FCT, Hajiya Mariam Damisa, made the call last Friday at Newton Park Hotel, during a Sensitization Forum/Town Hall Meeting on Voter Education for women organized by the Commission with the support of the International Foundation on Electoral Systems (IFES).

Professor Jatau encouraged participants at the event to report any negative actions either to the security agents or INEC officials, even as he implored them to come out en-masse and vote. “Ensure that you obtain your PVC because that is your power. Ensure that there is peace in your environment and I implore you all on the day of election to come out, enmasse, to vote a candidate of your choice,” he said.

In his welcome address, Director Voter Education and Publicity Department, INEC Headquarters, Mr. Oluwole Osaze-Uzzi, canvassed for more women participation in the electoral process. He said: “from our statistics, women constitute about fifty per cent of registered voters in the FCT and very often, they do come out but we are not satisfied with the turnout”.

He explained that the Commission had made a conscious move to get women involved in the process. He echoed the REC’s call for more participation of women in the electoral process.

On her part, Deputy Director, Gender Division, INEC Headquarters, Mrs. Blessing Obidegwu, decried the low involvement of women in the electoral process and elective positions. She said: “women represent a critical mass of voters and electoral stakeholder group that cannot be ignored, though this number is evident in the 2015 general elections as the low participation of women in elective positions appears to have grown from bad to worse.”

Mrs. Obidegwu, while explaining INECs level of preparedness for the FCT elections said: “the Commission had conducted Continuous Voter Registration (CVR) exercise, carried out trainings for Electoral Officers and their assistants, ad-hoc staff, engaged in robust Voter Education in the FCT, held peace summit with political parties and their candidates, and now this sensitization forum”.