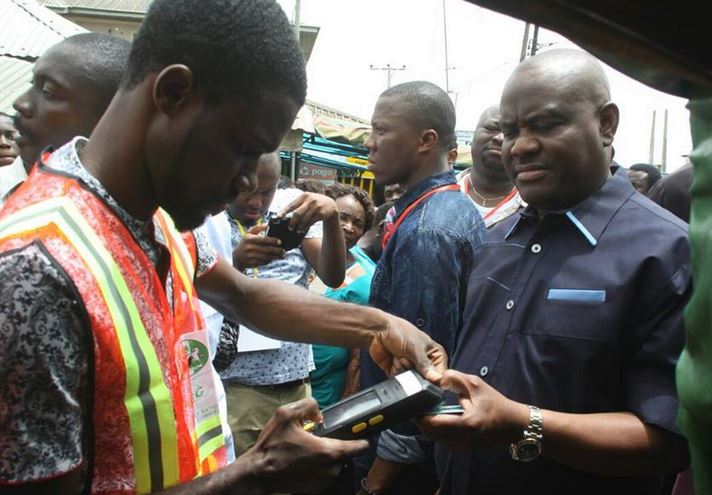 Rivers state Governor, Nyesom Wike has expressed satisfaction with the security situation in the state as the people vote to elect their representatives in the state and national legislatures.

The re-run elections were ordered by the court, which cancelled earlier polls held in the 2015 general elections.

Wike voted at Unit 7, Ward 9 in Rumueprikom, Obio/Akpor Local Government Area, at 11.57a.m. after going through an accreditation process using the card reader.

He, however, complained of the preparedness of Independent National Electoral Commission (INEC) for the elections because of the late arrival of polling materials.

Meanwhile, in Bera community in Khana Local Government Area, some youths prevented INEC officials from distributing election materials on the allegation that the materials were fake.