#FCTDecides: Over 100 People Voted As At 8:30am in Gwagwalada, AMAC 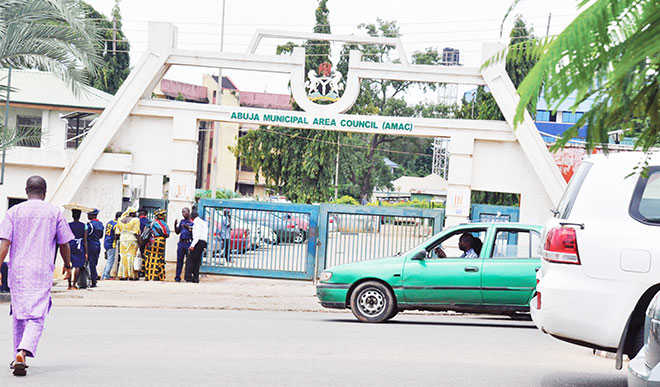 As Accreditation and voting commenced, there has been progress in some polling units in Gwagwalada and AMAC Area Council of the FCT.

At the Kpaselle Kofar Gidan Sarki polling unit in Giri, more than 100 people had voted as at 8.30 a.m.

At the University of Abuja Quarters Ward 003, voters were seen accrediting preparatory to exercise their franchise.
Mr Trmitope Banwo, the Presiding Officer at Kpaselle Kofar Gidan Sarki polling centre, told NAN that the exercise had been orderly and peaceful.

Mr Jiddah Usman, the Presiding Officer, however, said that one of the card readers had refused to recognise any card.

However, usman said that the defective card reader had been replaced with a functional machine.
The Chairman of the Gwagwalada Area Council, Alhaji Abubakar Jibrin-Giri, described the exercise as peaceful after casting his vote.

Jibrin-Giri, a contestant in the election, commended INEC for the initiative to run accreditation and voting concurrently, adding that such process would make the election better.

He expressed confidence that the election would be free and fair.

Some of the voters, who spoke with NAN, also commended the timeliness of the exercise.

Other polling units visited like the Kutunku Primary Scool 001 had also started the simultaneous accreditation and voting.

However, at the Radio House polling unit 002, INEC officials and party agents were seen on ground ready for the exercise, but no voter was present as at 9.15 a.m.

Meanwhile, accreditation and voting has commenced simultaneously in many polling units along the Airport Road in Abuja Municipal Area Council with card readers functioning effectively in places visited by NAN.

The report added the card readers deployed were functioning effectively.
But NAN observed a seeming voter apathy in many polling units as low voters turnout may mar the election in the area.

The traditional ruler of Aleyita, Chief Ibrahim Gajatna, commended INEC for the simultaneous accreditation and voting system, saying it will ease suffering of the voters.

He also commended the voters for comporting themselves in a civilised manner and urged them to maintain absolute peace throughout the exercise.