National Assembly Will Not Support Creation of Grazing Reserves – Ekweremadu

The Deputy Senate President, Chief Ike Ekweremadu, says the National Assembly will not support the creation of grazing reserves anywhere in the country. 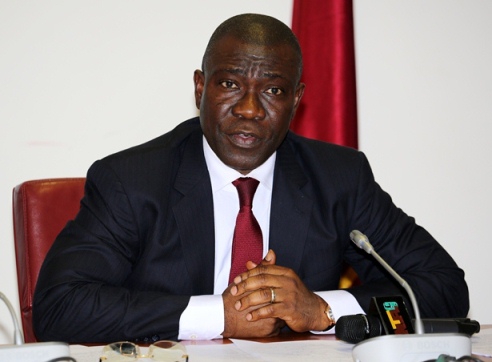 Addressing newsmen on Sunday after a meeting of the South East governors and stakeholders in Enugu, Ekweremadu said that there was no bill on the creation of grazing reserves before the National Assembly.

He, therefore, said that the purported bill for the creation of grazing reserves was a “hoax’’, adding that the press should strive to stop such rumours.

“There is no such proposal or bill on the creation of grazing reserves either in the Senate or House of Representatives.

“Nobody is considering it; not even at the executive level. I do not think they are considering it but we will not support it even if it has been considered,” he said.

Ekweremadu said that the meeting was convened in reaction to the attack on the people of Uzo Uwani by suspected herdsmen.

He said that the meeting reviewed all that happened since then and thanked all stakeholders who had shown sympathy to victims of the attack.

“So you can see mainly the PDP governors are here. So, they had to review the matter and more importantly, ensure that every governor will be in attendance in the next meeting.

“The meeting is rescheduled within the week where all the governors are expected to be in attendance,” he said.

Ekweremadu said that the meeting looked at a more regional approach to curbing the menace of the herdsmen so as to ensure that it did not happen again.

“We are looking at a concrete and more coordinated approach on how to protect our people from this carnage,” he said.

Also speaking, Gov. Dave Umahi of Ebonyi said that there was no disunity among governors in the South East zone.

Umahi said that the governors would take a cursory look at the federal budget, when signed into law, so as to ensure that the zone got what was due to it.

He said that the governors would ensure the rehabilitation of federal roads in the zone if such arrangements were captured in the budget.

“I am sure the Federal Government’s budget is not yet signed. So when it is signed, it will be the duty of all zones to start agitating for attention,” Umahi said.