The National and State Assembly Elections Petition Tribunal seating in Abuja has dismissed the petition filed by the Peoples Democratic Party, PDP and its candidate, Mohammed Umar Bolori challenging the election of Senator Baba Kaka Bashir Garbai representing Borno Central Senatorial whose party, the All Progressives Congress, APC, won a bye-election held on Saturday, October 31, 2015 to fill vacancy for the Senatorial district. 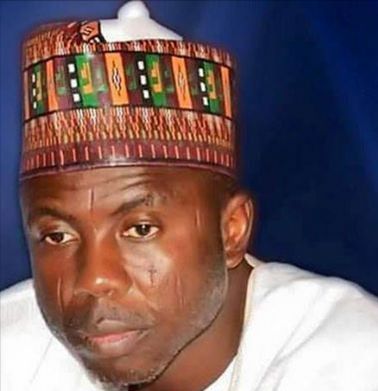 The bye-election followed the death of Senator Ahmed Zannah, who was reelected in April, 2015 but died before the 8th Assembly was inaugurated.
The INEC had after the election declared Garbai as winner with 120, 639 votes against his main challenger, Mohammed Umar Bolori of the PDP who scored 32, 346 votes.

Bolori however challenged the election at the tribunal which sat in Abuja, alleging underage voting, over voting and thuggery. Bolori brought in a forensic expert to examine materials used during the elections.

After days of counter arguments between counsels to the Bolori, A.O. Ajana and Yusuf Ali (SAN) who defended Garba, the three member panel of the tribunal in a unanimous judgment delivered in 7 hours by the tribunal’s chairman, Justice M.A. Adegbara dismissed the petition and all the prayers sorted by the PDP and Bolori for lack of merit and accordingly, returned Senator Baba Kaka Bashir Garbai as the duly elected Senator representing Borno Central.