“No Factions in PDP, Only Contending Interests” – Ekweremadu

The Deputy President of the Senate, Senator Ike Ekweremadu, has dismissed media reports purporting the existence of factions in the Peoples Democratic Party (PDP), describing them as false, baseless, and misguided. 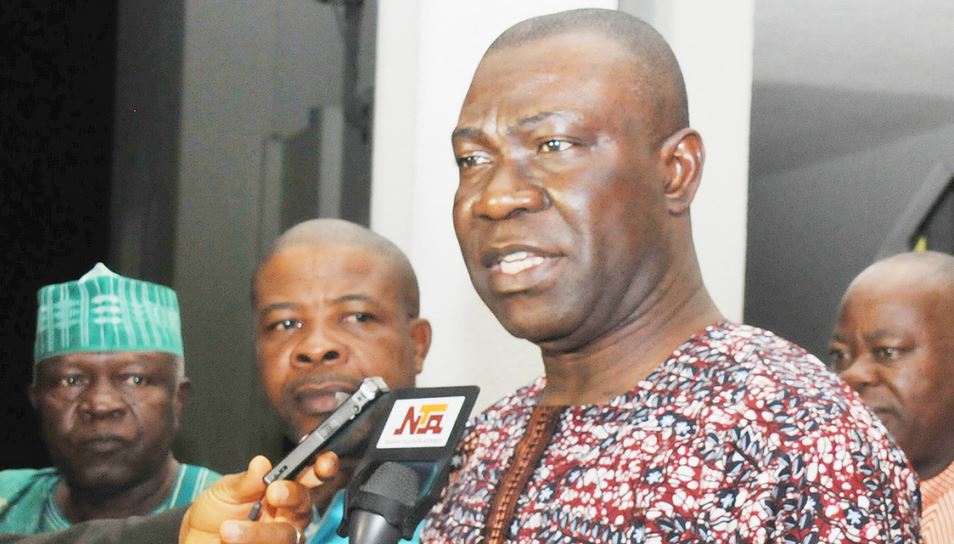 He spoke on Sunday at the Nnamdi Azikiwe International Airport, Abuja, on arrival from Port-Harcourt, where he attended the Saturday national convention of the party.

Senator Ekweremadu, who was in the company of the interim National Chairman of the PDP, Senator Ahmed Maikarfi, said what exists within the PDP are here were only contending interests, which, according to him, were normal in any political family.
He said: “For the purpose of clarification, there are no factions within the PDP family as I speak. What we have are contending interests. Such is common in any party. Yes, there were some disagreements, but the good thing is that we have not allowed such disagreements to degenerate into a major crisis that would warrant factions.

“Instead, what happened in Port-Harcourt over the weekend further confirms PDP’s capacity to resolve issues in favour of laid down precepts and in the overall interest of our great party and nation. Am sure what happened in Port-Harcourt remains a disappointment for those who were expectant of major crisis and factions in the PDP because we emerged from the convention more determined to change the change, to save our economy, reposition the electoral process, and make life more bearable for the suffering masses of Nigeria again”.

Messge from the office of the Special Adviser (Media) to Deputy President of the Senate said there were no legal or judicial encumbrances to the convention or the emergences of the interim NWC. He maintained that the convention did not conduct any elections, but simply acted within its constitutional powers as the highest decision-making organ of the PDP to appoint an interim NWC to oversee the affairs of the party and also conduct elections into the NWC positions within 90 days.

The Deputy President of the Senate, who congratulated the interim NWC, expressed strong confidence in the leadership qualities of the National Chairman, Senator Maikarfi and his team.

He enjoined them to make the reconciliation of all aggrieved and divergent interests within the party their priority.
“Distinguished Senator Maikarfi is a quality leader, a pan-Nigerian, and someone I have worked with for many years in the Senate. He also served on the PDP Post Election Review Committee, which I chaired; I am sure his team is already reaching out to reassure all interests and amicably resolve any outstanding issues ahead of conducting a free, fair, and credible election of NWC members in line with the mandate handed to them by the party in Port-Harcourt”, he added.