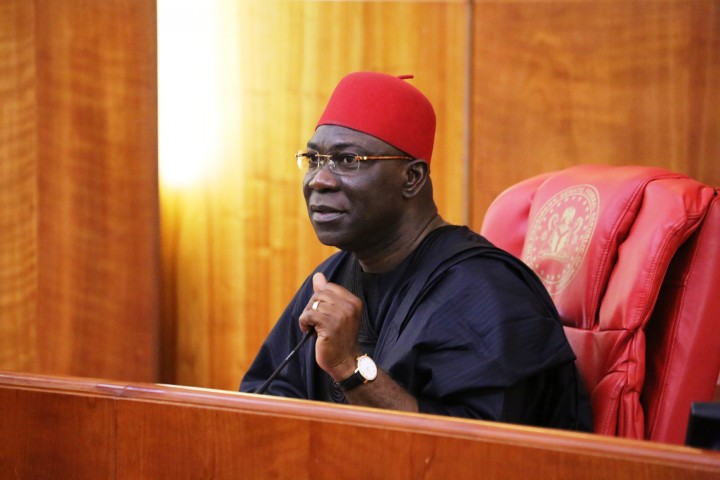 The Deputy President of the Senate, Chief Ike EKweremadu, has said that Nigeria will remain the greatest country in Africa in spite of its economic and security challenges.

Ekweremadu made the statement in Enugu on Sunday at a Luncheon organised by Gov Ifeanyi Ugwuanyi to mark his one year in office.

He said that Nigeria had achieved togetherness in 17 years of unbroken democratic governance and prayed that it would sustain the coexistence among the people.

He commended President Muhammadu Buhari, the military and paramilitary organisations for achievements recorded so far in the fight against corruption and insurgency in the country.

According to him, there is now reduction of impunity in the country.

Ekweremadu, however, urged the president to give every region equal treatment in order to give them a sense of belonging.

“I believe that Nigeria will remain united on the condition that everybody is treated equally.

“Now, politics is gone, the administration should focus more on governance and ensure equity in distribution of appointments and infrastructure.

“We want to see more of governance in the Southeast and the South-South.

“The people want to see more appointments in the Southeast,’’ he said.

Ekweremadu commended Ugwuanyi on his achievements so far and urged him to sustain the tempo of development.

In his remarks, the immediate past Governor of Enugu State, Mr Sullivan Chime, congratulated his successor for his achievements within one year in office.

Chime, however, advised him not to bow to pressure from some quarters in the governance of the state.

The luncheon was attended by members of the National and state assemblies from the state, top government functionaries, traditional rulers, captains of industry and the clergy.