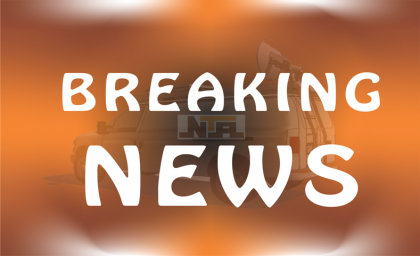 Independent National Electoral Commission (INEC) is committed to concluding the suspended elections in Rivers, Imo, Kogi and Kano states which were disrupted by violence not later than 31st July, 2016, provided that all necessary consultations and activities leading to the elections were concluded timeously and that conditions were conducive enough for the conduct of the elections.

In a statement issued and signed by the Director, Voter Education and Publicity, Oluwole Osaze-Uzzi, the Commission reiterated that in spite of this commitment, it would not return to conduct elections or hesitate to further postpone or discontinue the suspended elections in any area where there was imminent threat to lives or to peace or security, especially where such threats were likely to lead to breakdown of law and order.

The Commission which issued a road map for the resolution of the crisis and violence which led to the suspension of the elections in the affected areas said it would fix the dates for the elections following consultations with political parties and candidates.

A full text of the statement reads:
Further to the earlier statements by the Commission on the disrupted Re-run, Supplementary and bye-elections in Rivers, Imo, Kogi and Kano States, the Independent National Electoral Commission (INEC) hereby issues this statement drawing a road-map to the resolution of the crises and violence which led to the postponement of the elections in the affected areas.

The Commission has received several submissions from Political Parties, candidates and interest groups, and has had preliminary consultations with security agencies on the way forward. Having considered all these, and after its own preliminary investigations, the Commission has identified the need for more structured stakeholders’ engagement by it and the Security Agencies, especially with key players in the affected states and the need for the active involvement of organisations and groups with expertise in peace building and conflict management and resolution.

Following these engagements and security assessment reports from the affected areas, the Commission shall, in consultation with all political parties and candidates, fix dates for the elections, if satisfied that the environment is conducive to the conduct of free, fair and credible elections.

The Independent National Electoral Commission however wishes to reiterate that it will not return to conduct elections or hesitate to further postpone or discontinue the elections in any area where there is an imminent threat to lives or to peace or security, where such threats are likely to lead to a breakdown of law and order. 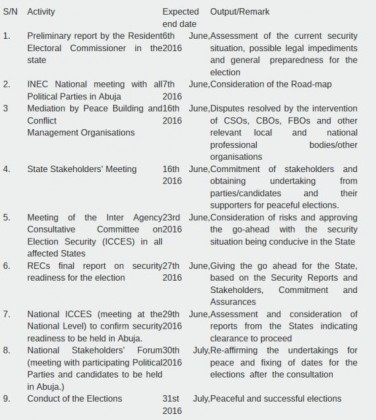 The Commission seeks the cooperation of all stakeholders in ensuring the successful conclusion of the elections.