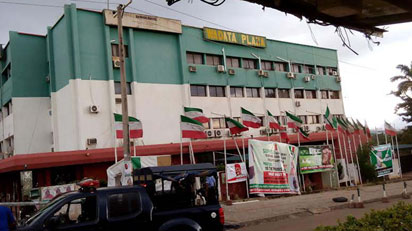 In his words, the Chairman of the board of trustees, Walid Jibrin said that both the NWC headed by Ali Modu Sheriff and the Interim Caretaker committee lead by Ahmed Makarfi are no longer  in charge.

Addressing the staff of the secretariat, the BOT chairman assured that they are taking over in other not to allow vacuum in the leadership of the party.

“Today, the BOT remains the only legal body now in the whole set up and that is why we are here to play our role,

“We are not here to take over the secretariat. We are here to perform our duties as enshrined in the constitution, hoping that our problems will be resolved soon.

“We, the BOT have taken it upon ourselves to ensure we play a great role in resolving the problems.

“We have gone very far in resolving them. We have made some contacts and consultations.

“We are not here to cast blame on anybody. If it means to go to anybody to solve the problem, we will do so.’’ Mr Jubrin said.