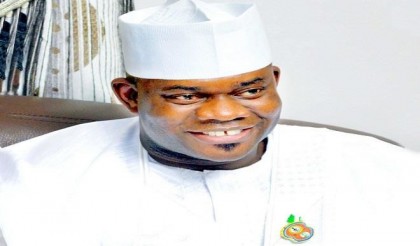 The former Governor of Kogi state, Idris Wada on Tuesday lost in his bid to remove his successor, Governor Yahaya Bello, from office.

Wada, who was the incumbent governor and the Peoples Democratic Party, PDP, candidate in the November 21 governorship election in the state, had filed a petition before the Kogi State Governorship Election Petitions Tribunal, arguing that he be declared the winner of the November 21 and December 5 election, saying that he polled the highest number of votes after the demise of Late Audu

Bello was nominated by the All Progressive Congress APC to replace late Audu who died in the process of election. After his death, INEC declared the election inconclusive and asked APC to name a replacement.

Audu was in a clear lead before his death. Bello was named the replacement, and he defeated Mr. Wada in the supplementary election that held on December 5.

This is the detail judgement of the tribunal.
Captain Idris Wada herein refer to as the petitioner who contest for election on the 21st November and 5th December 2015 not comfortable with the 3rd Respondence declaration of the 1st respondence as winner brought before this honourable tribunal for determination the following:

We just captured some of them – Justice Halima
Preliminary objections raised by 1st, 2nd n 3rd respondents has been dismissed

Tribunal haven considered the issues raised by the 1st, 2nd n 3rd respondence on either the petitioner has right to bring before the tribunal issues bothering on pre-election matters.

Tribunal considered that thou the substitution of candidate is a pre election but Haven occur in the process of an election, the petitioner has the locus to bring this before this honourable tribunal.

The petitioner contended that the first respondence who did not participate in the Nov 21st election cannot inherit votes as he only score 6000 votes in the Dec 5th election.

On the vote belonging to the candidate and not political party raised by the petitioner, the tribunal held that considering authorities of the supreme court, the votes casted on 21st November and 5th December belong to the party. We so moved

On issue 4, tribunal Haven critically examine none compliance to the electoral act and irregularities raised by the petitioner, we held that as at the time of 5th Dec election, Faleke was still the deputy to the 1st respondence as his withdrawal did not meet stipulated law.

It is tribunal humble views that all materials brought before it is assumed dumped not withstanding marking them as it was not in any way linked to the petitioner’s claim.

Continuation of the forensic, the tribunal held that the witness did not show a convincing expertise. We so move

This tribunal held that the petitioner has failed to prove with substantial evidence his claim of none compliance and irregularities.

In line with the above, the case between Captain Idris Wada and 2 others, Yahaya Bello and 2 others is hereby dismissed for lacking in merit