PDP Suffering From Its Past Sins – APC 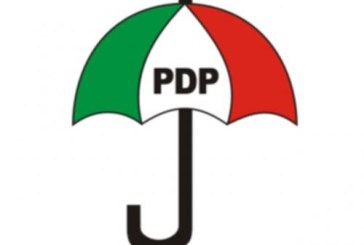 Mai Mala Buni, Abuja: The National Secretariat of the All Progressives Congress (APC) in reacting to the baseless and laughable allegations of a faction of the Peoples Democratic Party (PDP) which accuses the APC and the Presidency of being behind the Ali Modu Sherrif-led PDP faction wishes to remind the PDP that it is suffering from its sins of the past.

In monitored media reports on Tuesday, the Senator Ahmed Makarfi-led Caretaker Committee of the PDP speaking through a spokesperson accused the APC and the Presidency of being behind a faction of the PDP ostensibly to ensure that the PDP is in perpetual crisis and unable to produce credible candidates for the forth coming elections in Edo and Ondo state.

For the umpteenth time, the APC wishes to state that instead of joining issues with the baseless and laughable allegations, the APC would rather join issues that will bring about all-inclusive development in the country.

However, it should be put on record that the PDP forced on them whatever crisis it is troubled with today due to its politics of imposition and other undemocratic practices which the APC abhors. The PDP should put its house in order rather than playing to the gallery and blaming others but themselves for their sins which has come to hunt them. Also, it is evident that the PDP has chosen to employ diversionary tactics because of its inability to produce credible candidates for the forthcoming elections in Edo and Ondo states.