US Senate Poised To Vote On A Possible Gun Control Restrictions 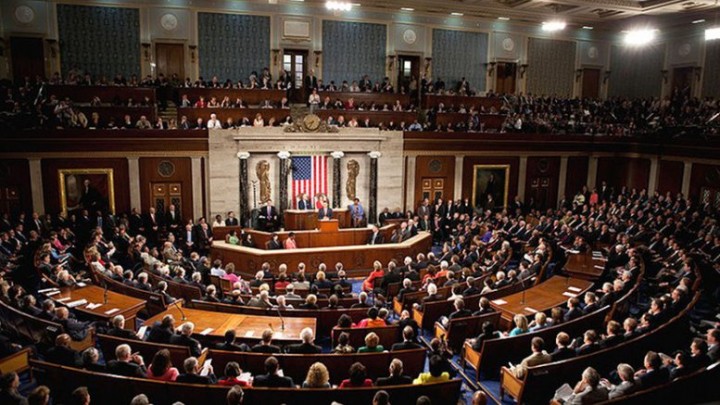 Against a backdrop of the deadliest mass shooting in modern U.S. history, a long-running battle over gun control in the United States reaches a critical stage next week in the U.S. Senate amid signs Americans are more willing to accept limited restrictions.

While it is far from likely new measures will pass, the Orlando, Florida, gay nightclub massacre of 49 people and a suggestion by Republican presidential candidate Donald Trump that something be done have fostered a different atmosphere.

While President Barack Obama was in Orlando consoling the survivors of the rampage by a gunman who claimed allegiance to Islamic State militants, the U.S. Senate moved closer to votes on limited gun control measures.

About 71 percent of Americans, including eight out of 10 Democrats and nearly six out of 10 Republicans, favor at least moderate regulations and restrictions on guns, according to a Reuters/Ipsos poll conducted from Monday to Thursday.

As always, Democrats were challenging Republicans to vote for new restrictions and reject pressure from the National Rifle Association, the powerful gun lobby that has been known to punish politicians who thwart its will.

U.S. Senator Chris Murphy of Connecticut and fellow Democrats set the U.S. Capitol abuzz by talking on the Senate floor for nearly 15 straight hours to demand that Congress act on gun control.

They ended their speeches before dawn, citing a Republican pledge to hold votes soon on measures to expand background checks on gun buyers and to prevent people on U.S. terrorism watch lists from buying guns.

The Senate is expected to vote on Monday on four proposals.

One from Democrat Dianne Feinstein would let the government prevent terrorist suspects from buying guns. A second from Republican John Cornyn, the No. 2 Senate Republican, would require court approval within three days for a government ban on an individual’s attempt to buy a gun.

A third proposal, from Democrat Murphy, would expand background check procedures to the sales of all firearms, including those online and at gun shows. A fourth proposal, from Republican Senator Chuck Grassley, would provide for law enforcement to be notified if a person investigated for terrorism in the last five years tries to buy a gun.

Gun control is a potent issue in U.S. politics. Republicans, who control the Senate, have blocked Democratic-backed gun control measures over the years, saying they infringe on the right to bear arms guaranteed by the U.S. Constitution.

Any bill would have to pass both houses of Congress and be signed by the president to become law.

Speaker of the House of Representatives, Paul Ryan, At his weekly news conference stated a note of caution.

“We don’t take away a citizen’s rights without due process,”

“If you have a quick idea in the heat of the moment that says let’s take away a person’s rights without due process, we’re going to defend the Constitution.” He said.