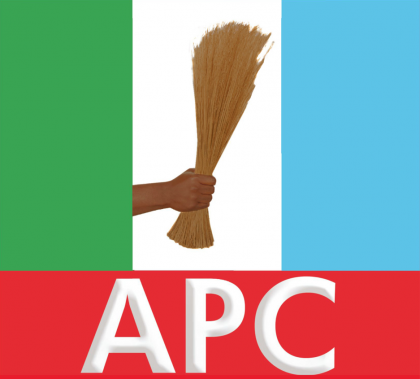 Mai Mala Buni, Abuja: The attention of the National Secretariat of the All Progressives Congress (APC) has been drawn to a statement credited to the Peoples Democratic Party (PDP) Senate Caucus stating that the Caucus has withdrawn its support for the government of President Muhammadu Buhari over the administration’s hugely successful war against corruption.

The PDP Caucus must be reminded of their primary responsibility of lawmaking and representation of their constituents at the National Assembly. The APC advises the PDP Senate Caucus not to allow political shenanigans to becloud overall national interest.

The PDP Caucus allegations of a selective anti-corruption fight and “belligerent” stance of the current administration is hogwash and baseless. If the PDP and its agents have proof of corruption against anybody, the APC advises that they approach anti-graft agencies constitutionally mandated to handle such cases instead of declaring innocence on newspaper pages and
other media outlets.

For the umpteenth time, the PDP and their agents do not have the luxury of dictating how the current administration and anti-corruption agencies carries out its legitimate duty of investigating and prosecuting cases of corruption, as long as it conforms to the rule of law.

The APC urges anti-corruption agencies not to be stampeded and blackmailed by this new plot and continue to employ all legitimate avenues in investigating and prosecuting ongoing corruption cases. The generality of Nigerians clamour for all looters of public funds to be brought to book.

The APC assures Nigerians that the political will and sincerity of purpose of the current administration to tackle corruption remains resolute.