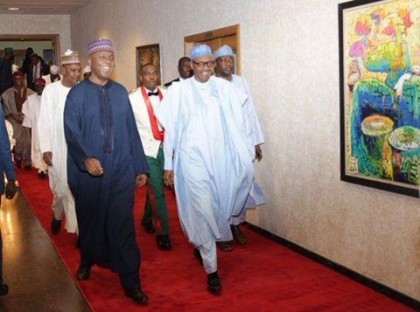 Garba Shehu, senior special assistant to the president on media and publicity, says the proposed dinner with members of the national assembly was postponed and not cancelled.

In a statement issued late Wednesday, Shehu said clash of schedule was responsible for the development.

He said the programme has been rescheduled, but did not give a specific date.

“Please don’t call it cancellation because nothing like that happened,” the statement read.

“The president’s Iftar for the leadership of the national assembly was postponed, to be rescheduled for another date.

“This arose from the clash of schedules. You know the president spent the first 14 days of the fast out of the country. The schedule was put up hurriedly on his return to ensure that all interests are accommodated.

“It turned out that the date fixed for the parliament could not be sustained due to prior commitments some of the invitees had. We are expecting that a new date will be appointed.”