Ikpeazu To Appeal His Sack By Court 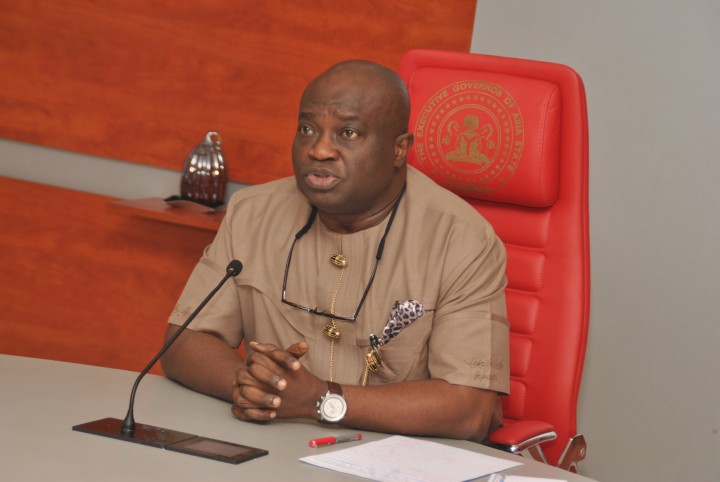 Governor Okezie Ikpeazu of Abia state says he will appeal the ruling of the Federal High Court that ordered him to vacate his office.

Ikpeazu added that he has already advised his lawyers to file the appeal.

The governor was ordered by The Federal High Court, Abuja, to vacate his office immediately on Monday.

The Judge, Justice Okon Abang, gave the order when he delivered a judgment in a case instituted by Samson Ogah of Peoples Democratic Party (PDP) on Monday in Abuja.

Ogah had accused Ikpeazu of submitting false information in his tax clearance certificate to the party during the governorship primaries in the state.

Abang ordered the Independent National Electoral Commission (INEC) to issue a certificate of return to Ogah as the duly elected governor of Abia.

He said the court relied on the Supreme Court decisions in the case of Obi vs INEC and Ameachi vs INEC to make the consequential order.

The court said that Ogah, a PDP gubernatorial aspirant in 2015 election in Abia, was entitled to the certificate of return in the election held in April 2015.

“Dr Okezie Ikpeazu is hereby ordered to vacate office as governor of Abia immediately relying on the decision of the Supreme Court in INEC vs Obi,’’ he held.

Abang held that the tax clearance certificate and income tax receipts submitted by Ikpeazu were unknown to the law and made him ineligible to contest the poll.

He held that the 2011 tax clearance certificate and income tax receipt submitted to INEC before the 2014 PDP primaries contained false information.

The court said that Ikpeazu’s appointment letter as General Manager, Abia Passenger Integrated Scheme on July 18, 2011 spelt out his salary and entitlements.

“The earnings of the second defendant based on the letter of appointment by single calculation in 2011 for five months 12 days is N493 or N546, 669 if not assigned government vehicle.

“The tax payment submitted by the second defendant didn’t reflect this figure,’’ the court held.

Abang further held that the tax certificate indicated the gross earnings of Ikpeazu for 2011 to be N1.14 million and the income tax was assessed on this figure.

He also held that the date on the tax receipt filed by the governor was on a Saturday, adding that Saturday, even in Abia was a public holiday.

The court said that Ikpeazu did not file his tax clearance in 2011, 2012 and 2013 and that all payments he made preceding the 2014 primaries were made in one day and not as and when due.

Abang held that Ikpeazu perjured when he said that he had fulfilled all the requirements to contest the 2015 elections.

This, he said, was because he had failed to provide a tax clearance certificate that was known to the law.

He held that Ogah was the qualified candidate to contest as the candidate of the PDP for the 2015 election and his name ought to have been forwarded INEC as the PDP candidate.

He said that Ikpeazu did not win the PDP primaries as he was not eligible or qualified to contest the poll.
He also awarded N100, 000 cost in favour of the Ogah.