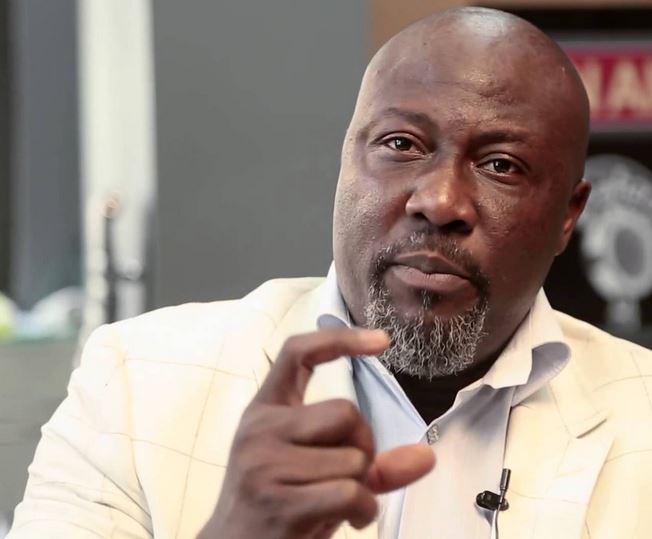 Senator Dino Melaye, Chairman, Senator Committee on Federal Capital Territory (FCT), has raised the alarm on what he called a plan by certain individuals to doctor the Police report on the investigation of allegation of forgery leveled against the leadership of the Senate so as to make the report to indict Senate President, Dr. Abubakar Bukola Saraki and his deputy, Senator Ike Ekweremadu.

This was disclosed in a press release signed by Senator Melaye and made available to the media through the Senate President’s Media Office on Monday in Abuja.

Melaye stated that those behind the sinister plot are scheming to forge a police report different from the one signed by AIG James Caulcrick in other to justify and prove a case of forgery against the Senate President and the deputy president.

He said it was necessary for members of the public to be aware of the ‘unlawful plan’.

“We have our own sources and we have been reliably informed that the prosecution having realized that there is a big hole in their case against Saraki and Ekweremadu who were not mentioned in the police report, are now trying to doctor the report and include the names of both presiding officers of the Senate.

“It is because of this plan that they refused to include the police report in the process they filed in court.

“We have said it repeatedly that the government and specifically, the Attorney General of the Federation (AGF), Mr. Abubakar Malami has no case against our presiding officers.” He said.

According to him, the case was filed to distract the two men, embarrass them, force a change of leadership and eventually cow the Senate, in particular, and the National Assembly, in general.

“The forgery case is the height of desperation by some elements to bring down the legislature.

“Malami has a personal agenda to achieve an objective for which he has been hired as a counsel by a few aggrieved Senators.

“Now, a court has affirmed our claim that he is abusing his office and that there is a conflict of interest involving him.

“We will be watching them to see how they will smuggle Saraki and Ekweremadu’s names into it.

He added that it is clear that those who initiated the forgery suit against the leadership of the Senate know that they have made a mistake.

He said that they should cut their losses and discontinue the error.

“To think that they will now use forgery to justify a false case of forgery, further their abuse of the court process as well as abuse of office and think we will be looking at them will not be possible.” Melaye said.

Senator Melaye called on the courts to continue to play their role as the last resort for every man who wants justice at all times and in all circumstances.