Ali Monguno Was A Detribalized Nigerian And A Worthy Ambassador – Saraki 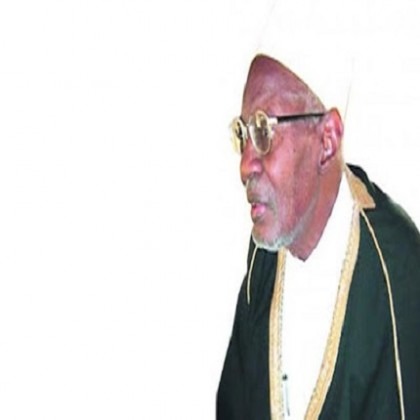 Senate President, Dr. Abubakar Bukola Saraki, on Saturday expressed sadness over the death of one of the last set of the nation’s founding fathers, elder statesman, Alhaji Shettima Ali Monguno, who he described as a detribalized Nigerian and worthy ambassador.

Saraki in a statement signed and issued by his Special Adviser (Media and Publicity), Yusuph Olaniyonu, in Abuja noted that the former Minister of Mines and Petroleum in the First Republic would be sorely missed considering his giant political strides and contributions to the building of the Nigerian nation, starting from his birth place, Monguno, in Borno State to all the nooks and crannies of the country.

He described Monguno’s death as painful especially coming at a time when the Federal Government has successfully turned the tide against insurgents in the North East. The late politician was a victim of the insurgency when he was abducted by gunmen at a mosque before he was later rescued.

He commiserated with the Ali Monguno family, Governor Kashim Shettima of Borno State, the entire people of Borno State as well as all associates of the late statesman across the country over the unfortunate incident.

The Senate President stated: “Elder Monguno was a special breed who contributed immensely to the attainment of the nation’s Independence in 1960, became a parliamentarian in the First Republic and thereafter a Federal Minister.

His disposition towards effective nation building remains unparalleled. He lived for the welfare and security of the common man. His passion about a better and safer society was exceptional. His steadfastness, commitment to the cause of one Nigeria and optimistic spirit towards national development will continue to inspire us both now and in the future.

“In his quest to mould the country in line with his lofty vision, late Monguno aspired to be President of Nigeria.

Not minding that he did not realize his dream to become President, he continued to play exemplary leadership role as a philanthropist with special bias and support for the education of underprivileged children, especially the girl child.

“No doubt, late Monguno’s versatility and experience would have been of immense value to the present resettlement and rehabilitation efforts in his home state of Borno, the entire North East, as well as tackling the socio-economic challenges confronting the country at this time,” he said.

He urged the family of the deceased, the government and people of Borno State, to be comforted by the fact that Monguno served Allah and mankind diligently and worked hard to make his country great. He said the deceased left a worthy legacy of selfless service and a good name.

Saraki prayed that Almighty Allah should grant the late leader a place among the righteous ones in Aljannah Firdaus. “May Allah also grant members of his immediate family, the people and government of Borno State, the fortitude to bear this irreparable loss,” he added.