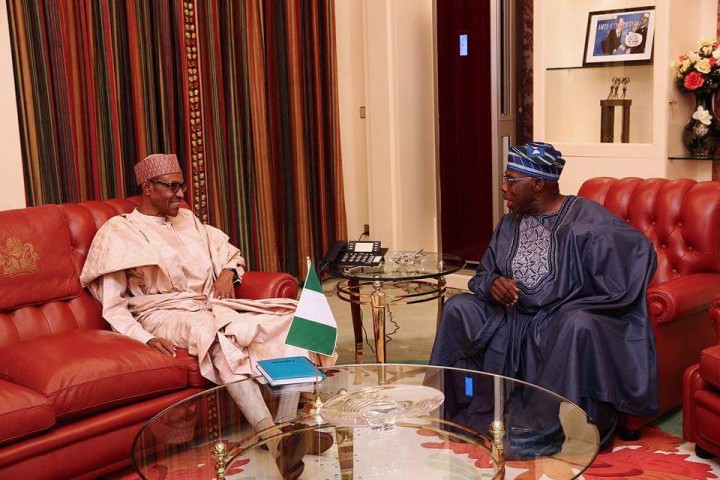 Former President, Olusegun Obasanjo on visited the state house Monday and delivered messages from the Presidents of Liberia and Gambia to President Muhammadu Buhari.

Obasanjo stated this while answering questions from State House correspondents after a closed meeting with President Buhari in his office.

Although the former president did not disclosed the content of the message, he said he updated president Buhari on the outcome of the Annual General Meeting (AGM) of the Africa Export-Import Bank, which he attended in Seychelles Island.

“Not too long ago, I was in Liberia and The Gambia and the presidents of these two countries had some messages that they would want me to deliver to the President.

“Also, only yesterday I came back from Seychelles Island, where I attended this year’s Annual General meeting of Africa Export –Import Bank.” He said.

While raising the issue of budget padding, Obasanjo advised the President to always be vigilant, saying that the recent 2016 Budget scandal in the National Assembly had vindicated him. 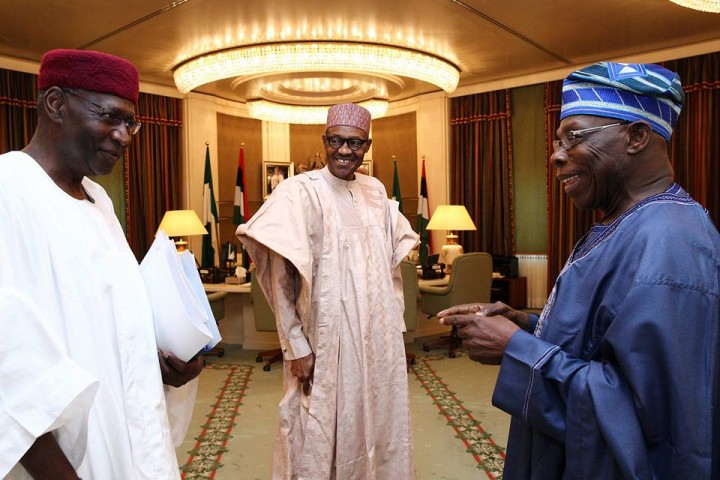 Obasanjo had in January challenged the National Assembly to open the financial records of the Senate and the House of Representatives since 1999 to external bodies.

The former president said that what he had earlier said has begin to come into to play in the National Assembly.

He expressed concern over the current budget padding accusation and counter-accusation between the leadership of the House of Representatives.

It can be recalled that the chairman of the house committee on appropriation, Abdulmumin Jibrin, who was removed last week, had accused the leadership of the House of padding the 2016 budget to the tune of N40 billion.

He alleged that the padding was done at a secret location with the backing of the Speaker and three principal officers including Deputy Speaker Yusuff Lasun, House Whip Alhassan Ado Doguwa and Minority Leader Leo Ogor.

Jibrin was earlier accused by some members of the House of Representatives of padding the 2016 budget with billions of naira.