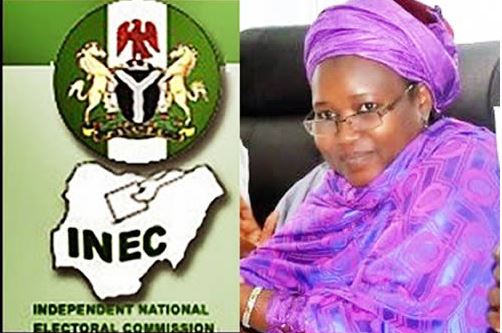 This was stated in the daily bulletin of the Independent National Electoral Commission (INEC) released on Wednesday in Abuja.

She explained that the emergence of strong parties, fielding strong candidates in keenly contested elections with narrow margins; evidence based elections with the use of technology especially use of the Smart Card Reader and the e-Track leading to a more transparent process are some of the of the indicators of a stronger electoral process.

Commissioner Amina Zakari further explained that additional checks and balances such as the source of ad-hoc election personnel, customized sensitive materials and increased awareness and application of electoral laws and INEC guidelines (Section 53 of 2010 Electoral Act as amended-which deals with over voting and section 26 which deals with postponement due to threat of violence and other emergencies) all make the process better.

She averred that: “faced with circumstances and armed with the legal provisions, INEC in an attempted to be fair to all, and to move away from the established syndrome of “announce the result at any cost and leave it to the courts”, usually invokes the relevant sections to declare elections inconclusive pending determination of the winner through supplementary elections”.

Commissioner Amina Zakari who was also the Chairman of the occasion, noted that on the negative side, politicians and their followers are changing tactics, as it is becoming obvious that elections are not business as usual as such they embark on:

“Direct intimidation of voters and INEC staff not to use the Smart Card Reader to force over voting; perpetrate violence through the use of weapons including guns to scare away voters in an attempt to influence outcome of elections; disruption/ obstruction of elections in an opponent’s stronghold by whatsoever means possible and infiltrating the system through attempts at bribing election officials.”

She recommended that in finding solutions to the phenomenon called inconclusive elections, attention should not be directed towards INEC alone. She implored all stakeholders to explore avenues of dealing with the issues from all perspectives including advocacy and other voter outreach programs.

“We need to urgently change the public perception the INEC as ‘Inconclusive Election Management Body.’ We must strengthen partnerships between INEC and all relevant stakeholders including the academia to assist in research and training,” she urged.

In a brief remark, Chairman of House of Representatives Committee on Electoral and Political Party Affairs, Hon. Aishatu Jibrin Dukku said that the forum was to brainstorm on the issue of inconclusive elections. She expressed optimism that participants would be better informed at the end of the discussion about inconclusive elections.