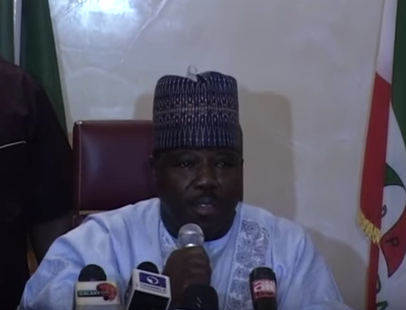 The factional National Chairman of the People’s Democratic Party, Senator Ali Modu Sherrif has stated that whatever the outcome of the Party’s Convention in Port Harcourt, it will be null and void.

Coming on the heals of a Federal High court order in Abuja in his favour, Senator Sheriff advised those heading for the national convention to cancel their trip.

Commenting on another judgement in favour of Ahmed Makarfi committee from a fedral high court in Port Harcourt, the factional chairman blamed the committee of playing politics with the judiciary.

He therefore appealed to the chief justice of Nigeria to intervene in the imbroglio in order to save the judiciary from the hands of politicians . Senator Sheriff said he will willingly quit the chairmanship if he is allowed to hold a national convention in Abuja.