Abdulsalami Solicits Support For Genuine Efforts by The Buhari Administration 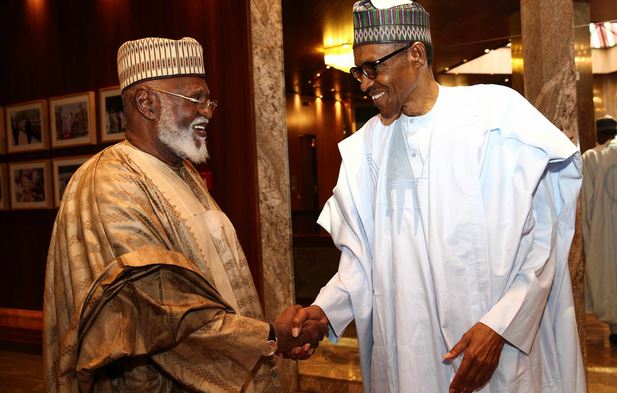 Former Head of State General Abdulsalami Abubakar has appealed to Nigerians to show more understanding, support and cooperation to the genuine efforts by the Buhari administration at confronting the nation’s fundamental problems for sustainable growth and development.

Correspondent Adamu Sambo reports that the former Head of State made the appeal while speaking to newsmen after a closed door meeting with President Muhammadu Buhari in the State House.

General Abdulsalami Abubakar also used the opportunity to give an update on the activities of the National Peace Committee which he coordinates as chairman.