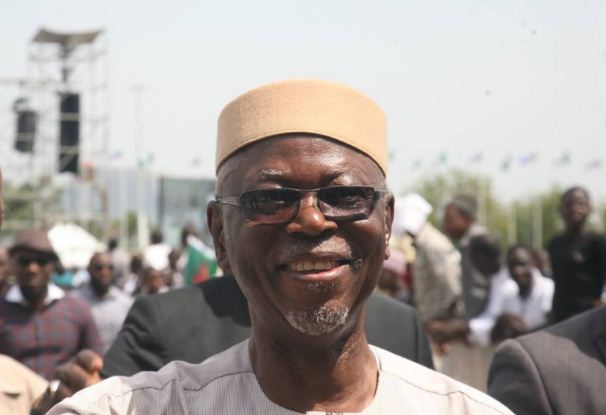 He said yesterday that the party leaders at both national and state levels have no preferred candidate ahead of the August 27, governorship primary election in Ondo State.
Odigie-Oyegun said this in Abuja while briefing journalists on the outcome of the meeting he held with the party’s chairman and secretary in Ondo, Mr Isaac Kekemeke and Mr Rotimi Rahaman, including the 24 chairmanship aspirants.

The meeting was convened, following the crisis that rocked the state chapter of the party after the state chairman, Mr Kekemeke, was accused of backing one of the aspirants, Mr Segun Abraham, who was said to have been purportedly endorsed by the APC national leader, Asiwaju Bola Ahmed Tinubu.
Mr Tunji Abayomi, one of the APC Governorship aspirants, consequently told Tinubu to steer clear of the contest in a letter. But Tinubu replied by telling him that he had the right to endorse any of the aspirants.

Reacting to the issue that led to a purported replacement of Kekemeke with Mr Saka Ogunleye as chairman by some party members, the APC national chairman said all the aspirants accepted that it was not wrong if any member endorsed anyone among them.
“We have accepted unanimously that no attempt will be made by the party to impose any aspirant on them and the electorate. They (aspirants) are equal members of the party. We believe it is the choice of delegates to indicate their preference,” said Odigie-Oyegun.

He dismissed reports that there were many versions of delegates list promising to make the clean and original list available to all aspirants before handing it over to one of the APC governors who will conduct the governorship primary election.