Obasanjo Debunks, ‘I Did Not Bring Buhari To Power’ 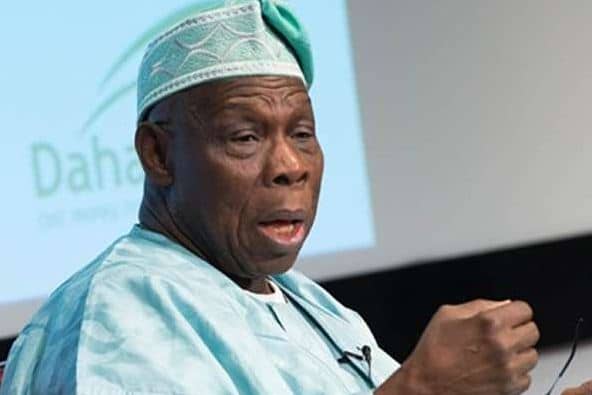 Former Nigerian President Olusegun Obasanjo on Tuesday  debunked newspaper reports quoting him as saying  that he and a few others brought President Muhammadu Buhari to power.

He dismissed the reports as baseless, untrue and calculated attempts to smear him.

Obasanjo, who is in Jalingo, Taraba State,  said President Buhari was overwhelmingly voted by many Nigerians.

“ No single individual or group can claim that glory,” he said.

During a courtesy visit to Governor Darius Ishaku, Obasanjo spoke about the economic potentials of the state.

He said the Mambila Plateau in Taraba had the potential of becoming the hub of tea production in Africa.

He expressed determination to promote the tea production potential of the state using his connections and experience.

“ The Taraba tea factory is a symbol of national greatness. The tea potential of this state can attract global demand and earn the nation foreign exchange,” he said.

Obasanjo noted that beside tea, the state also had potentials in cattle rearing, poultry, power generation, among others.

“ The livestock potential of this state surpasses any kind of cattle rearing known in this country.

“ likewise in poultry which of course is in commercial quantity.

“ The Mambilla Hydro-Power Project, if completed, has the capacity to generate more than half of our power demand in this country.

“ Therefore, Taraba is indeed a blessing to this country,” Obasanjo said.

There are over 50,000 hectares of land suitable for tea production on the Mambilla Plateau.