House Moves To End Attacks On The People Of Southern Kaduna 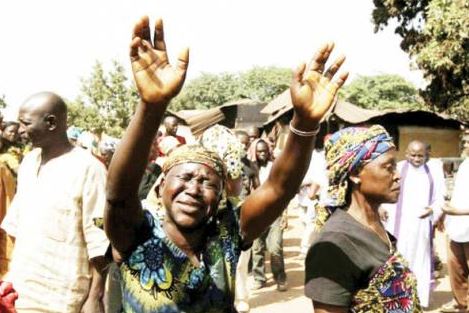 Rising under a matter of urgent public importance, House of Representatives member, Hon. Samuel Arabor moved a motion calling for immediate investigation and intervention to permanently put to an end the fears and suffering of the people of southern Kaduna who are victims of incessant attacks by suspected Herdsmen.
Stating his case during the plenary session on Wednesday, October 19, 2016, the Lawmaker informed that several lives have been lost to the unwarranted attacks.
He cited a scenario where it was reported that not less than 40 unsuspecting citizens of the area were gruesomely slaughtered by these attackers.
He cautioned that nobody has the right to kill another person for whatever reason, adding that doing so would amount to a violation of extant laws of the federation.
ALSO READ: Benue Herdsmen Attack: 22 Persons Not 81 Persons Killed
Other members including the Minority Leader of the House, Hon. Leo Ogor decried the attacks by unknown gunmen.
He charged that it is the primary responsibility of government to protect lives and properties of the people, and called the relevant security agencies to rise to the occasion and bring the perpetrators of the dastardly act to book.
The House also resolved that the Federal Government should as a matter of urgency, commence the release of Ecological Fund for the purposes of lifting States that have been ravaged by floods and other natural disasters.
The mover of the motion, Hon. Mojid Alabi from Osun State lamented that if immediate action is not taking to revive the flood raved States across the Federation, most of them will become inactive and ungovernable.
ALSO READ: President Buhari To Security Agencies: Deal Decisively With Herdsmen/Farmers’ Clashes
He prayed the House to task the Committee on Environment, National Emergency Management Agency, and Climate Change to ensure swift compliance of the resolution on the matter.
In a similar vein, the House has directed its Committee on Federal Road Maintenance Agency (FERMA) to investigate the alleged unilateral dissolution of the FERMA Board Council by some group of persons, through an illegal means. The resolution was at the instance of a motion moved by Hon. Adamu Kamali.
Source: nass.gov.ng