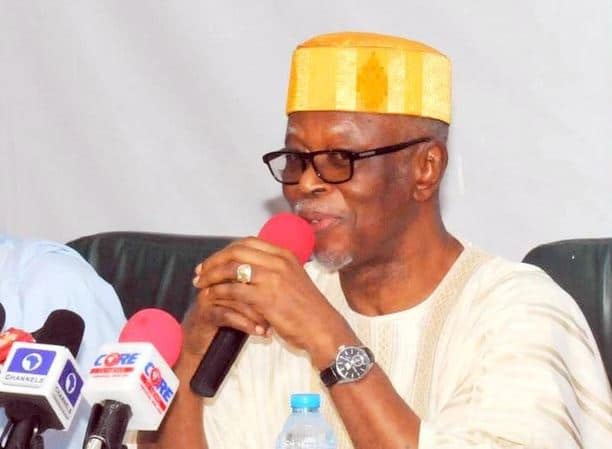 The All Progressives Congress (APC) has commended President Muhammadu Buhari on the inauguration of the Presidential Committee on Northeast Initiative which will coordinate interventions in the region ravaged by insurgency and the commencement of the Social Intervention Programme (SIP) following the federal government’s release of N25 billion of the 2016 budgetary allocation for the Programme.

In a statement by the APC National Chairman, Chief John Odigie-Oyegun on Thursday, the Party said the development was in line with the Party’s 2015 pre-election promises to ensure the welfare and security of Nigerians, particularly the most vulnerable and poor.

Odigie-Oyegun stated that the Social Intervention Programme (SIP) introduced by the President, contains social safety nets designed to positively impact on the lives of millions of Nigerians through job creation, restoring livelihoods, providing economic opportunities and sustenance for the poor.

ALSO READ: We Will Return Nigeria To Good Old Days Of Accountability – Buhari

The APC National Chairman also hailed the Governor of Borno State, Kashim Shettima and the Chairman of the Presidential Committee on the Northeast Initiative, Lt.-Gen. Theophilus Danjuma for their dedication towards the rehabilitation, rebuilding and reconstruction of the Northeast.

“The vigorous and focused leadership of President Muhammadu Buhari-led APC administration has recorded evident successes in containing the insurgency in the Northeast.”

ALSO READ: Agriculture Is Our Path Way Out Of Recession – Obasanjo

The insurgents have been deprived of the possibility of ever again, holding Nigerian territory.

“Vigorous efforts by the administration ensured the recent release of 21 Chibok schoolgirls kidnapped over two years ago by the insurgents. The administration is equally determined to ensure that the remaining girls are released.” He said.

According to him, the rebuilding of the North-East region that has been ravaged by years of Boko Haram insurgency is now underway.

ALSO READ: Buhari’s Remark At Inauguration of The Presidential Committee On The North East Initiative

“The inauguration of the Presidential Committee on Northeast Initiative will provide much-needed impetus and better coordination of rehabilitation, rebuilding and reconstruction efforts in the region so that the estimated 2.4 million displaced persons can return to their normal, peaceful and productive lives.

Happily, the administration’s efforts have received invaluable support from local and international development partners. The Party calls on all well-meaning Nigerians to support the ongoing humanitarian efforts in the region” Odigie-Oyegun stated.” He added.