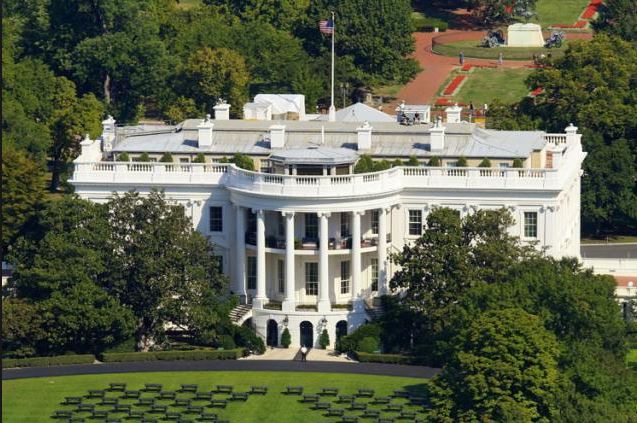 U.S. President Barack Obama and President-elect Donald Trump are now meeting at the White House Today, Thursday to begin the process of a smooth transition to power after the American Billionaire Businessman won the US 2016 Presidential election a stunning victory over Democrat Candidate Hillary Clinton.

The Republican president-elect has once been at the forefront of raising questions over President Obama’s birth certificate and US citizenship.

According to BBC reports, During the campaign for the race to the White House, Mr Obama called Mr Trump “uniquely unqualified”, but now says he is “rooting” for him after his shock defeat of Hillary Clinton.

ALSO READ: US Election: Trump is the oldest President Elected in US History

Obama and Trump will seek to put their tensions behind them, at least for the cameras, during their Oval Office meeting.

He flew from New York on his private jet and landed at Reagan National Airport, just outside the nation’s capital before heading to the White House.

The two men are expected to appear together for the cameras in the Oval Office after a behind-closed-doors meeting.

The president-elect is being accompanied by his wife, Melania, who will have a meeting with First Lady Michelle Obama.

On Wednesday, Obama – who campaigned against Trump – urged all Americans to accept the result of the presidential election.