The Deputy President of the Senate, Senator Ike Ekweremadu, has donated an electricity transformer to boost power supply in Umulumgbe community in Udi local Government of Enugu State.

He said the donation was informed by the desire to bring development to his constituents and also to compliment the efforts of the state and local governments in providing critical infrastructure to the people. 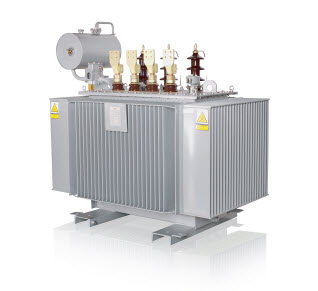 Ekweremadu made the donation on the occasion of the grand reception organised by the community in honour of the Governor of Enugu State, Rt. Hon. Ifeanyi Ugwuanyi and the Chairman of Udi LGA, Engr. Hyacinth Ugwu, at Umulumgbe over the weekend.

Senator Ekweremadu, who commended Governor Ugwuanyi for the peace and developmental efforts by his administration despite present economic challenges and depleted resources, however, noted that government alone could not meet the demands of the people in terms of the provision of employment and critical infrastructure. He, therefore, called on public-spirited individuals and corporate bodies to support government in achieving better life for the people.

He ovbserved: “The principal purpose of government is the welfare and security of the people; and we will continue to pursue that. I want to reassure the people of Umulumgbe that I will immediately deliver the transformer you require for your electricity in furtherance of my support to the community, the local government, and the state government.

“The narrative of governance in Enugu state has changed for the better. Enugu west and indeed the entire state are peaceful and we are working together for the benefit of the government and the people. We have a governor who remembers every part of Enugu state in terms of appointments and infrastructure. It shall be well with him.

In his remarks, Governor Ugwuanyi, said his administration was determined to take development to all parts of the state, adding that the recent flag-off of the execution of major roads and other rural development projects in every part of the state marked the first phase of the developmental scheme in the State.

Speaking earlier, the Chairman of Udi LG, Engr. Ngwu, expressed gratitude to Senator Ekweremadu for the quality representation and leadership he had accorded the people of Enugu west, Enugu State, and Ndigbo in general over the years.

He equally applauded the synergy between the Governor and the Deputy President of the Senate, stresssing that it was necessary in moving the state forward.