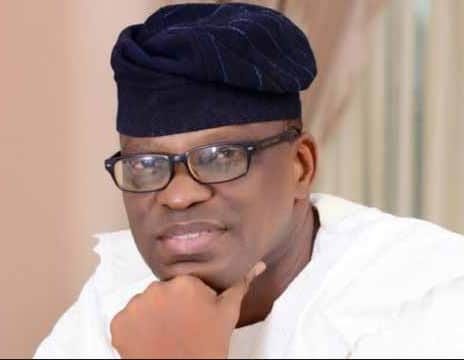 Justice Ibrahim Saulawa vacated the judgement of Justice Okon Abang of the Federal High Court in Abuja, on the 29 june which declared Mr. Jimoh Ibrahim as PDP gubernatorial candidate for the Ondo state and also directed the Independent National Electoral Commission, INEC, to recognise him as the authentic candiate for the election.

Jimoh Ibrahim was nominated by the Ali Modu Sheriff led-faction of the PDP. Eyitayo Jegede is the  nominate of the Senator Ahmed Markafi-led National Caretaker Committee of the PDP.

In the wake of the development, the Deputy President of the Senate, Senator Ike Ekweremadu, has hailed the decision of the Court of Appeal, which reinstated Mr. Eyitayo Jegede, SAN, as the candidate of the Peoples Democratic Party, PDP, in the 2016 Ondo State governorship election.

His Special Adviser on Media, Uche Anichukwu stated this in a press release made available to the media.

Ekweremadu, who described the decision as “just, courageous, and expeditious”, commended the Supreme Court and the Court of Appeal for their promptness in handling the matter, noting that democracy could only thrive where there is respect for the rule of law.

He added: “The freeness, fairness, and credibility of an election, go beyond what happens on an election day. The process, especially the right of the party faithful to choose a flag bearer of their own freewill unhindered by subterfuge, manipulation, intimidation, and abuse of any form, are equally as important and indeed foundational to the soundness of the election itself.

“I am, therefore, happy that the Court of Appeal has spoken loudly, and in a speedy and just manner that raises hope for the nation’s democracy. This judicial victory is good tonic that will unite the PDP family the more and spur us to a more resounding victory in the Ondo governorship race”.

He called on the people of Ondo State to vote massively for the PDP.