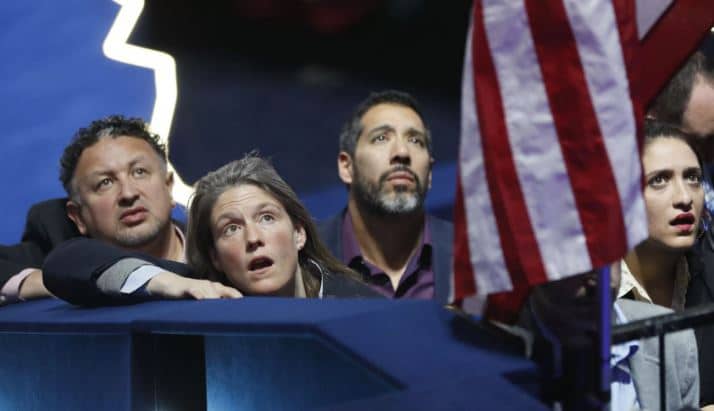 Computer Scientists Call For Recount Of Votes In US Election

Some top Computer scientists in the United States have called for the recount of vote totals in some key swing states in the US Presidential election.

According  to CNN reports, the scientists urged Hillary Clinton’s campaign team to call for a recount of vote totals in Wisconsin, Michigan and Pennsylvania.
The computer scientists presented their findings to some Clinton aides on Thursday.

They believe they have found evidence that vote totals in the three states could have been manipulated or hacked.

READ: Donald Trump Elected As The 45th President of The United States

“The scientists, among them J. Alex Halderman, the director of the University of Michigan Center for Computer Security and Society, told the Clinton campaign they believe there is a questionable trend of Clinton performing worse in counties that relied on electronic voting machines compared to paper ballots and optical scanners, according to the source.” CNN reports say.

John Podesta, Clinton’s campaign chairman, and Marc Elias, the campaign’s general counsel, were informed by the scientists that Clinton received 7% fewer votes in counties that relied on electronic voting machines.

The group also told the Clinton aides that there was a need to review the pattern independently even though there was no evidence of hacking.

The FBI began an investigation into allegations that Russians had hacked the private email of the Clinton Campaign chairman, John Podesta, during the Presidential election campaign. WikiLeaks published the hacked communications.

ALSO READ: Clinton’s email Use: FBI To Give Congress Reasons For Lack Of Charges

The CNN Reports say: “There were widespread concerns about hacking ahead of this month’s election, including the Obama administration accusing Russia of attempting to breach voter registration data. But election officials and cybersecurity experts said earlier this month that it is virtually impossible for Russia to influence the election outcome.”