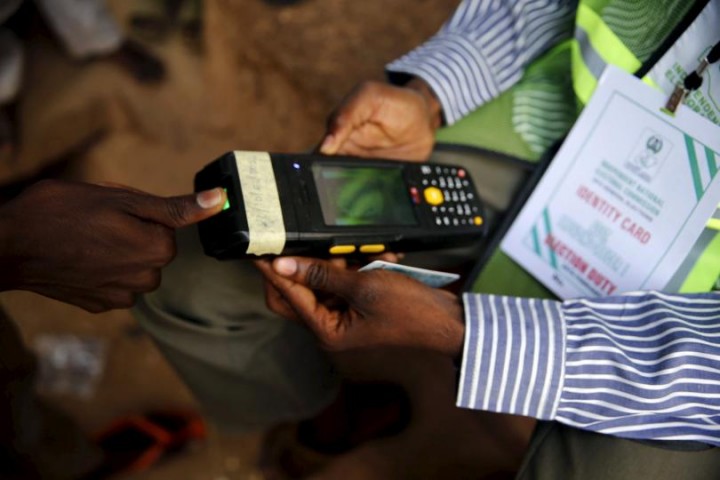 NAN: There was mild drama on Saturday in Ondo town as the card reader deployed for the governorship election rejected Gov. Olusegun Mimiko’s thumbprint when he wanted to vote at his Ward 7, Unit 20 Polling Unit in Ondo West Local Government Area.

Mimiko had to fill the incident Form before he was finally allowed to cast his vote at about 12 noon.

Speaking shortly after casting his vote, the governor said he would resist any attempt to manipulate the election in favor of any political party.

“Ondo people will not allow any form of rigging or manipulation through the card reader or any other form,” he said.

Among the major contestants is Mr. Eyitayo Jegede of the PDP, Chief Rotimi Akeredolu of the APC, Dr. Olu Agunloye of the Social Democratic Party and Olusola Oke of the Alliance for Democracy.

The card reader had also failed to function at Ipkeshi, near Auchi, during the governorship election in Edo.

The device could not function in Ward 11 and 12 at Okhueromoh Primary School, Ipkeshi, when the INEC official attempted to accredit voters for the poll.

Independent National Electoral Commission (INEC), had acknowledged the failure of its card reader machines for the conduct of the 2015 Presidential and National Assembly elections.

INEC had said it was compelled to result to manual accreditation in areas where the machine failed woefully.