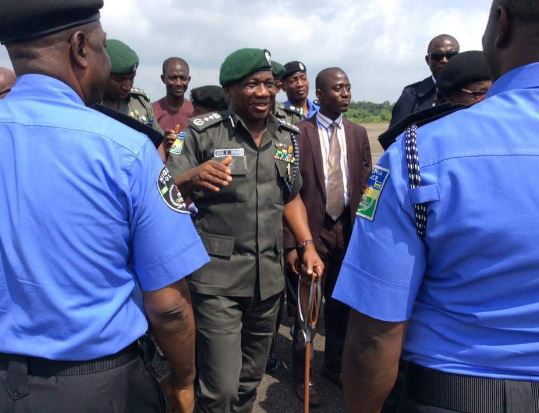 Ondo Election: Allowances For Officers Are Being Paid – IGP

Inspector General of Police Ibrahim Idris says the allowances for the men and officers who participated in security operations in Ondo state election are being paid.

A statement by Police Force Public Relations  Officer DCP Don Awunah indicates that the payments are done through the banks under Treasury Single Account, TSA policy to ensure transparency and accountability.

The IGP said that report by some media organisations that the police ‘lied about officers protest’, falls short of fairness and balanced reportage and was characterized by fallacy of generalization and inaccuracies.

“the Nigeria Police Force wishes to categorically state that the allowances for the officers and men of the force that participated in the security operations for the elections are being paid.

“The payments were done through the banks into the account numbers submitted by the personnel in compliance with the policy of the Federal Government on Treasury Single Account (TSA) to ensure transparency and accountability.” The statement said.

IGP Idris hailed the election security template put in place by the police management in accordance with democratic policing.

He said it has proven to be the panacea to hitherto elections in Nigeria which were fraught with violence and wanton destruction of lives and property.

ALSO READ: Akeredolu Is The New Governor Of Ondo State

According to him, the peaceful conduct of the Ondo election that has been adjudged free, fair and credible by all stakeholders, contrary to the wildly-held perception that it would be marred with large scale irregularities goes a long way to show that there is new progressive dawn in election security management in Nigeria.

The Inspector General of Police commended the police officers who participated in the recently concluded Ondo governorship election for their exceptional performance in ensuring that the process was conducted in accordance with international best practices.