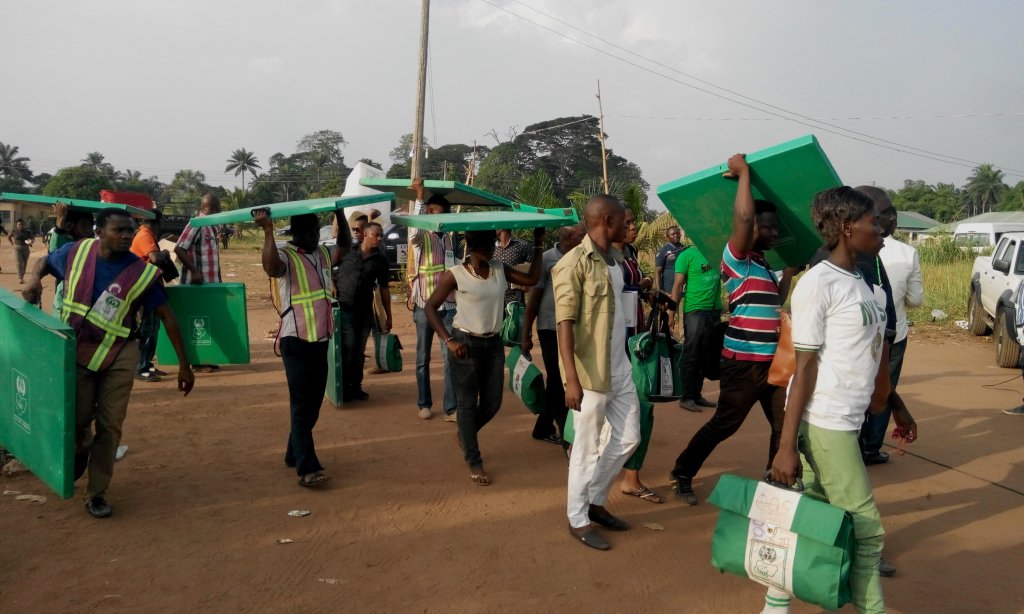 The Independent National Electoral Commission (INEC) is to deploy 10,294 staff to conclude the National and State Assembly elections in Rivers State scheduled for Saturday, 10th December 2016.

Following Court Orders, in the aftermath of the 2015 General Elections, the Commission had earlier scheduled to re-run the elections in Rivers State on Saturday, 19th March 2016. The elections were however disrupted by violence as a result of which they were suspended.

As at the time of the suspension of the elections, the exercise was at different stages as follows:

In spite of the suspension of the elections, the Commission proceeded to consult widely and robustly with Stakeholders following which it was agreed in a meeting at the Sheraton Hotel and Towers, Abuja, on Thursday, 30th June 2016 to conclude the elections on 30th July 2016. Again this was not to be as a consequence of the escalation of inflammatory statements by prominent stakeholders in Rivers State and the razing of the INEC office at Khana Local Government Area on 22nd July 2016.

Undaunted by these challenges, the Commission continued to engage with Stakeholders. On 3rd November 2016, it issued a statement to the effect that it would conclude the elections on Saturday, 10th December 2016.