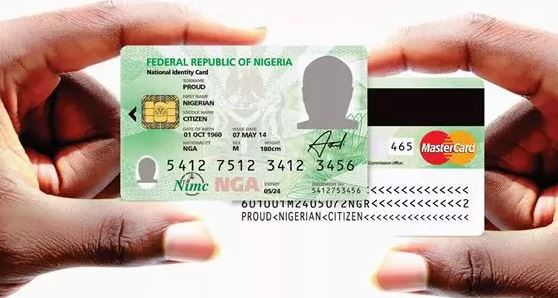 The Office of the Vice President of the Federal Republic of Nigeria has denied claims by some media reports that the President has given orders to use the National ID card for the 2019 elections.

This was refuted in a statement issued by the Senior Special Assistant on Media & Publicity Office to the Vice President,  Laolu Akande in Abuja.

“Our attention has been drawn to some misleading newspaper reports today claiming that the President gave “orders” that national identity cards be used in the 2019 elections.

“For the avoidance of any doubt, the President has made no such order and the Vice President’s speech (delivered yesterday by the Deputy Chief of Staff to the President, Mr. Ade Ipaye at the Policy Roundtable on Identity Eco-System in the country, which the report used to make such erroneous claims), certainly made no mention of the 2019 elections at all.

READ: No PVC No Voting, As 1.2 Million Voters Expected To Participate In FCT Council Elections – REC

“What the speech said was that the President has taken an initiative to harmonize identity management in the country so as to ensure that every Nigerian has a unique identifier.” He said.

The statement quoted the speech: “President’s charge that the national identification number, (NIN) is used to authenticate eligible voters in the near future, as well as in the areas of access to health insurance, registration of SIM cards, access to social welfare, financial transactions, etc.”
According to the statement, what this means is that such a unique identifier as the NIN, can, when eventually issued, help to confirm age and nationality status of eligible voters, for instance. Or even help determine the eligibility of persons presenting themselves for health, social welfare, financial and other available services in the country.

“The President was not giving any directive to INEC or any order regarding 2019.

“Mr. President and this administration fully respect the autonomy of the Independent National Electoral Commission, (INEC) and also very determined to preserve the integrity of the electoral process at all times.” He added.