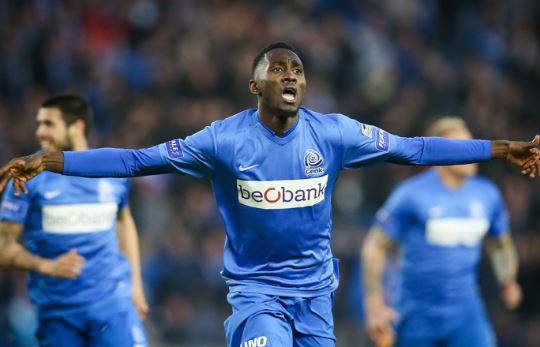 Leicester City are set to sign Wilfred Ndidi  in January 2017.  He will be the second Nigerian player for the English Premier League champions after signing Nigerian winger Ahmed Musa in summer.

Leicester on Monday took  a step closer to finalising the £15million transfer of Ndidi from Genk after he underwent a medical.

The clubs agreed the fee last month and the 19-year-old is to sign a five year contract in January once he gets clearance for a work permit.

The Nigeria international has scored two goals in 23 games for Genk this season.

Leicester face Bournemouth on Tuesday with Claudio Ranieri offering no guarantees of an instant return for midfielder Danny Drinkwater, who has completed a three-match ban.

‘It’s difficult to change when everything goes wrong and you see your best players not playing well,’ he said. ‘But when you win you can realise better and choose better

‘The away form is very important because if you lose the next two matches you forget this great performance and for us it’s fundamental to get points at Bournemouth and Stoke.

‘There are two big battles to come but with these warriors I am very confident.’

Ndidi made his Belgian Pro League debut with K.R.C. Genk on 31 January 2015 against Charleroi in a 1-0 away defeat.

Ndidi was part of the Nigerian youth setup during his time at Nathaniel Boys of Lagos.

While playing the African U-17 Championship with Nigeria, he was excluded along with two other players from the competition as a precaution, following an MRI test that showed he was just slightly above the threshold.

Notwithstanding, he joined up with his teammates in the U-20 team the following year, forming the bedrock of the midfield.

He was called up to the Senior Nigeria national football team on October 8, 2015, making his debut in the friendly game against DR Congo, and playing again a few days days later in the 3-0 win against Cameroon, when he replaced John Obi Mikel in the 63rd minute.