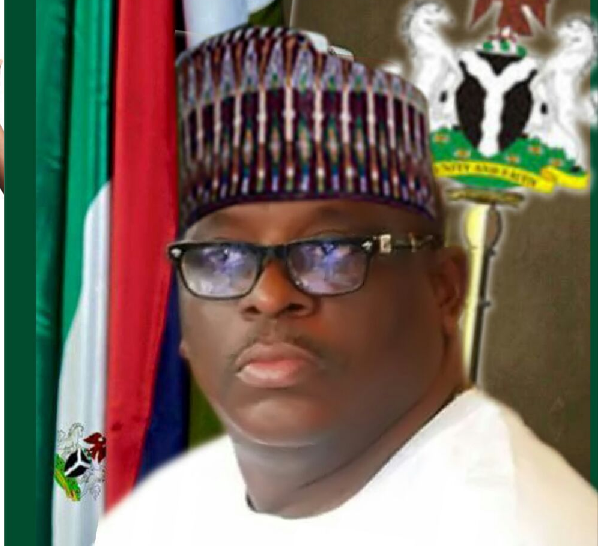 The Senator representing Ogun East Senatorial District in the National Assembly, Senator Buruji Kashamu has urged Nigerians to support the President Muhammadu Buhari-led administration to get the country out of its current economic challenges.

He identified bad leadership, corruption and lack of political will to save for a rainy day as some of the factors responsible for the current economic challenges facing the country.

Speaking during an interactive session with some journalists in Lagos, Kashamu said, “President Muhammadu Buhari became the president of this country at the time that our global economy was not only in the doldrums; the global economy was also battling recession. Oil prices were flunking lower and restiveness in the Niger Delta made matters worse. In some ways you may want to say that he was not as lucky as his predecessor. I must say that Dr. Goodluck Jonathan was the luckiest person to have been president of this country. Oil prices were phenomenally high and the amnesty programme that was still at the early stages of implementation maintained some kind of truce in the region. External debt was actually very low and our excess crude account was heavily funded. But he mismanaged the resources at his disposal and left the country broke and vulnerable.

“But after the demise of President Yar’Adua, his successor’s lack of political will to save in the midst of an oil boom brought economic destitution. It would be recalled that Brent crude sold at over 100 dollars/barrel and raked in 51trillion Naira within a period of five years. But because of corruption, governors demanding it was their constitutional right to take all the savings and other irresponsible acts of government, the administration did not only squander the oil revenue, it depleted the reserves left by President Yar’Adua, leaving 32billion dollars and a huge external debt of 63billion dollars.

“These acts preceded the dip in the price of Brent which fell to as low as 35 dollars/barrel shortly after the current administration took over power and has only managed to climb to about 50 dollars recently. So, in as much as the buck always falls on the leader, it is not appropriate to heap all the blame on the current leadership…In essence, if the seeds of our present situation were planted by the maladministration of the past, the lack of the political will of the immediate past administration nurtured and exacerbated the turn of events.”

Kashamu berated those who said things were better off in the past when corruption was rife, stressing that, “It was their seemingly little acts of corruption here and there that coalesced to get us to where we are today. And whenever the corrupt elements seek to confuse and manipulate us by reminding us of our present situation, we must have the courage to remind them of where we are coming from. If they shamelessly say things were working better with corruption, we must be bold enough to let them know that we were already an accident waiting to happen.”

On what could be the reaction of some of his fellow party faithful to his views, the lawmaker said, “For me, I have always made a case against party affiliations or political correctness in the face of national interest. That is what is playing out in the United States of America. Despite the bitter campaigns and divisions, the government and the people are closing ranks behind the President-Elect to ensure a successful transition because they value democratic ethos. Before being identified as party men, we are first of all citizens of a country. As a Nigerian and a senator of the Federal Republic of Nigeria, I am prepared to give anything for the good of my country. And if speaking the truth will make me to incur the wrath of some people, I really do not mind. As leaders, what we need to come to the table with is an altruistic patriotic spirit and not a set of values that we cannot even uphold or defend because they are contrived to further selfish interest. Let us move from being mere political gladiators to compassionate servant-leaders.

“Truth is: if we say we love our country, then we must support the current administration till the end of its mandate. When it is time for elections and campaigns, we would go back to the electorate and put our score cards before them. If they are satisfied with us, they would return us. If not, they would reject us. A party, like a parent, could have many children. Some could be level-headed, brilliant and successful. Others could be dull, poor and unsuccessful. The parent gave birth to them and gave them the same training. But, they are not equally successful owing to factors beyond the control of the parent. That is why the Yoruba would say “Alagemo ti bi mo e, ai le mojo ku s’owo e” which literally means that your parents have given birth to you and given you all the training they could give, but you are solely responsible for your choices and their attendant consequences. The same PDP that produced the ex-President Jonathan administration was the same PDP that produced the government of our father, Chief Olusegun Obasanjo and the late President Umaru Yar’Adua that we still remember till date for so many good initiatives.”

NEWER POSTFull Speech of Minister of Sports At The NFF AGM
OLDER POSTIt’s Responsibility of All to Make Orphans, Vulnerables Happy – Obaseki