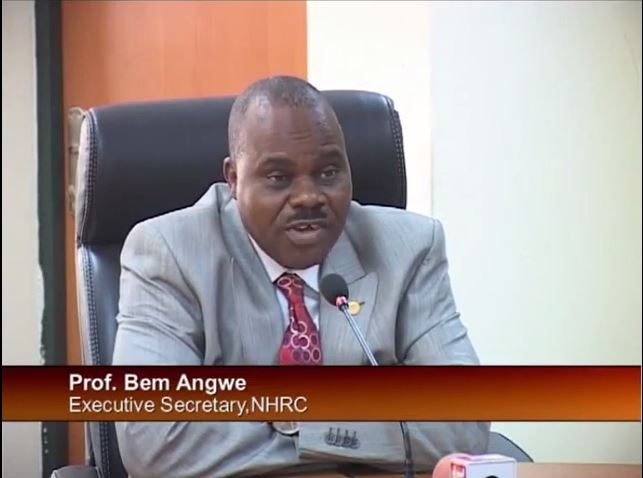 The National Human Rights Commission says it will not hesitate to prosecute all those responsible for hate speeches and electoral violence during the 2015 elections.

The Executive Secretary, Prof. Bem Angwe, stated this in Abuja on when he inaugurated a special committee to investigate hate speeches and violence around the 2015 general elections.

He said the commission is taking this step to ensure that each and every person who took part in electoral violence or hate speech is held accountable.

Prof. Angwe said this done in fulfillment of its promise to Nigerians to investigate these electoral crimes. He added that gone are the days when people committed electoral violence and go free.

Angwe noted that in the realm of human rights, there was no immunity for impunity, adding that no one will be spared, no matter how highly placed.

The Deputy Chairman, House Committee on Human Rights, Rep. Mahjud Alabi, expressed concerns that election, which was the most civilised way of choosing representative sometimes took the toga of acrimony and rancour.

Alabi, who was the chairman of the occasion, noted that hate speeches violated the right to decency and dignity of the human person.

According to him, using foul language to gain support or votes is criminal and punishable under the law.

The Rep recalled that a report released by NHRC prior to the 2015 elections showed that 58 people had lost their lives due to hate speeches.

Yakubu, who was represented by Mr Oluwale Uzi, Director Voter Education and Publicity, said it was more effective to monitor hate speeches and nip them in the bud before they escalated.

The Chairman pledged INEC’s support to the commission to help rid the country of hate speeches, particularly during elections.

The Committee’s Chairperson, Mrs Oti Ovrawah, while Responding on behalf of members, pledged that the committee would give fair hearing to all parties involved.

The Committee, which has two months to presents its findings, is expected to investigate all petitions received on hate speeches and violence during the 2015 general election and also identify all persons or organisations responsible for such electoral crimes and make recommendations.