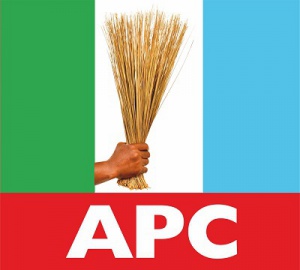 We are members of the legacy party, plus APGA and DPP. We realized since 2005 that to remove the PDP from power, we must sink our differences, come together and form a party. God willing, that eventually happened and that is why we are where we are today, coming together inspite of our differences, both personal and ideological. We must not forget that. Having identified that as members of the legacy party, we again identified three fundamental things facing us. First, security, second, economy and unemployment and thirdly, corruption. We campaigned throughout the country on these three fundamental issues and nobody successfully challenged us and these issues remained relevant.

On security, we have made progress. It was a very courageous decision that the party took and executed by the Executive by removing most of the military hierarchy and appointing those to take over from them, acquiring some new hard and soft ware and raising the morale of the military to go secure the rest of the country which was then 14 out of 774 local government. I have said it often that as far as I know and the service Chiefs who are on ground, they are not holding any local government. But they still have some capability especially on soft targets by using technology.

For Niger Delta, the militants are sending some conflicting messages. Some have said they are ready to drop their arms and join the rest of the nation to build it. But part of them are still sabotaging installations which is making investments in that lucrative area of Nigeria difficult because nobody will submit his riches to financial institutions, get money only to suffer huge loss. So, the environment for investment is being sabotaged by our own selves, Nigerians. We are doing our best with the military by trying to persuade them to join the rest of the country because in unity lies our strength.

Of course the leadership of INEC has been changed, but I appeal to the leadership of the military, security agents and INEC that what I want Nigerians to remember me for, even if I have to leave the Presidency tomorrow is that I respect them. I want all Nigerians to believe and hold their PVC as personal entitlement as Nigerians and use it the way the like, and vote for whoever they like at which ever election. If they voluntarily sold it, it is part of their right and so, let them sell it and remain at home and not participate in any election. But let the law enforcement agencies give them the confidence that nobody will come out who has money to hire thugs, give them drugs and stop them from exercising their fundamental right.

I am afraid I did not succeed in the election in Kogi, Bayelsa, Rivers. I think that more Nigerians are killed or killed themselves in Rivers than in any particular state. At this stage of our political development, to remain brutal is shameful and as a government, I promise we will do something by the next general election.

On the economy, the fall of oil prices after Nigeria has made itself a mono economy is a disaster. I wonder why people could not believe that in Nigeria, about 27 out of 36 states have difficulty in paying basic salaries of their workers. If from 1999 to at least 2003, oil is above 100 dollars per barrel and an export of about 2 million barrel per day, how come Nigeria failed to make some arrangement to cushion the effect of a probably volatile oil market? Again, it show failure of the last administration. But we are now to pick the pieces as an APC government and so, there is no need complaining, but let us concentrate and see how much we can do with whatever remains of the economy. We realized that agriculture and solid minerals are two areas that can quickly come to help us to recover economically, at least in terms of employment and feeding ourselves and more importantly, saving the hard currency to make sure that what is left our industries remain open, employing Nigerians and producing goods and services which is very important.

The policy we are trying to implement is TSA. When we insist that we have to know what comes in and what goes out for us to make a comprehensive amendment to the economy. If you go and see the Central Bank Governor, he will tell you that in the TSA, we have more than N3 trillion. Where would this money have been if TSA was not in vogue? I was made to understand that vouchers would have quickly been raised towards the end of the financial year and checks made. Whether they are going into projects or private pockets, nobody can prove it to you. But that money is there, it is identified, if is quantified and when the budget comes back eventually, the Ministry of finance will see how to allocate it to the rest of the country.

We have tried to make sure that NNPC is reorganized, so that we know how much of our crude is taken, how much it is sold and to which account the money is going. But I tell you that up to the time we came, if anybody told you that he knows how much of crude exchanges hands either on the high sea or reaching their destination and the accounts the money goes into, that person is not telling you the truth. We are getting the cooperation of countries that has received this crude. But we have to be sure of the facts in our hands before we start prosecution so that Nigerians will believe what we have been telling them.

Again, I have to repeat myself here for you to appreciate what I am going through because you are closer to the people than myself. I was telling a British team that came to supervise the training team they sent, that when I was in uniform, you took the perceived corrupt ones and put them in safe custody and quietly told them they were guilty until they can prove themselves innocent. But now under multi-party democratic system, I see some of them ride Rolls Royce, some of them have built estates here, but they are innocent until we can prove them guilty. This situation is true and you don’t need to stress your imagination to find out. If you can find out, you discover that a level eight officer has five houses, while you, as a Permanent Secretary or Commissioner is still living in a rented house. We have to get credible evidence to carry out successful prosecution and get judgement from the Judiciary. But effort is being made to give a list of recoveries in whatever currencies so far so that Nigerians will know that it is not all about long stories.

For the party, I will like you to continue to make sacrifice. I know you are being harassed since the election that they haven’t seen anything on the ground. Well, if you have any explanation that could be accepted, is that you have three more years to go. When we came in after 16 years of PDP, each government had 42 ministries. We reduced them to 24, removed 21 Permanent Secretaries. We sat down and reflected seriously. We were all in the process of taking over at a time of national budget. So, imagine the volume of work and with what happened in the National Assembly, the padding, it would appear that below the Permanent Secretaries, there are still a lot of bureaucracies that are still with them. So, you have to appreciate the position we are in. Having cut 42 to 24, correspondingly, the parastatals will be cut down to some size and realigned and the boards reconstituted. We gave a blanket order which we had to rescind when we said all boards are suspended or dissolved. We had to go back and lick our vomit in terms of university boards because we found out that according to their laws, they cannot choose Vice Chancellors unless the Boards seat down, interview prospective candidates who wants to be VCs. So, there is nothing wrong in saying sorry and going back on your decision. So, we said sorry and allow all the universities to continue with their boards. But for the rest, eventually, we will make it. So, please, try to bear with us as we reflect on where we found ourselves.

For globetrotting, sometimes, you need to present your case on personal basis to your economic colleagues and neighbors. Nothing is better than personal touch and I believe that we are learning a lot and eventually, the nation will realize so, I don’t envy you on the harassment you are going through from your constituencies. Take it with a lot of determination and we will be all right, God willing.

NEWER POSTList of Prominent Nigerians And Companies That Benefited From Former NSA’s $2.1b Arms Deal Scandal
OLDER POSTTranscript of the opening address by the National Chairman of the All Progressives Congress (APC), Chief John Odigie-Oyegun at the party’s National Executive Committee (NEC) meeting held at the APC National Secretariat in Abuja, March 24, 2016.