Cruz Bows Out As Trump Moves Closer To Nomination 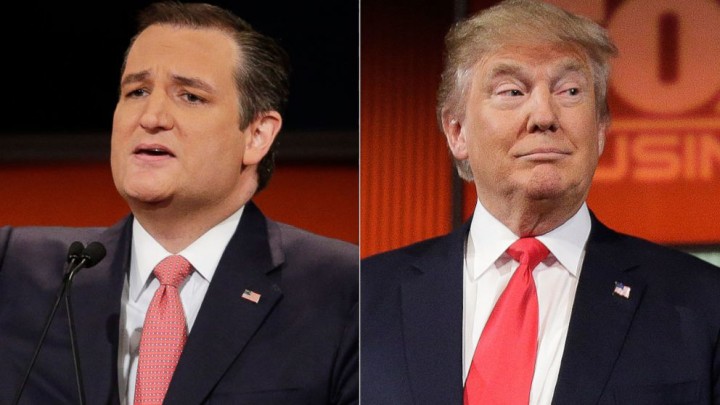 Republican front-runner Donald Trump went from long-shot contender to become the party’s presumptive nominee on Tuesday with a commanding win in Indiana, and the party began to coalesce around him as top rival Ted Cruz bowed out of the race.

The New York billionaire, who has never held public office, had repeatedly defied pundits’ predictions that his campaign would implode. He prevailed despite making outrageous statements along the way that drew biting criticism but still fed his anti-establishment appeal.

The former reality TV star now can prepare for a matchup in the Nov. 8 election with Hillary Clinton expected to be his Democratic opponent. Clinton’s march to the Democratic nomination was slowed by rival Bernie Sanders’ victory over her in Indiana.

Trump’s immediate challenge is to unite deep fissures within the Republican Party as many party loyalists are appalled at his bullying style, his treatment of women and his signature proposals to build a wall on the border with Mexico and deport 11 million illegal immigrants.

“We have to unite the party if we want to win in November,” said Henry Barbour, a Republican National Committee leader from Mississippi. “Donald Trump is the guy with the keys to the car. He’s the one who needs to unite us. Now is his opportunity. The voters have picked him.”

Trump himself called for unity in a speech at a victory rally that was free of his usual bombast and flamboyance.

Trump’s victory put to rest a belief that Republicans would choose their nominee at a contested convention when party leaders gather in Cleveland July 18-21.

At his victory rally at Trump Tower in New York, Trump walked on stage with wife Melania and other family members as the Rolling Stones’ “Start Me Up” blared over loudspeakers.

He is likely to formally wrap up the nomination on June 7 when California votes, although Ohio Governor John Kasich vowed to stay in the race as Trump’s last challenger.

Republican National Committee Chairman Reince Priebus called Trump the party’s presumptive nominee in a tweet and said, “We all need to unite and focus” on defeating Clinton.