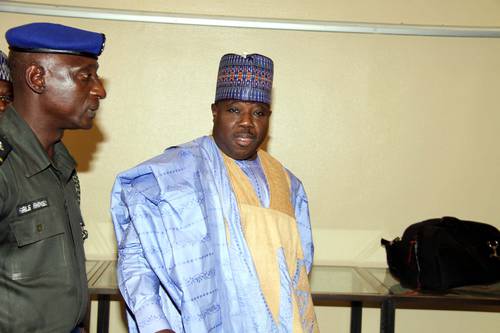 The dissolved National Working Committee (NWC) of the Peoples Democratic Party (PDP) has commenced consultation on the outcome of the Saturday’s Port Harcourt national convention of the party.

the Special Adviser on Media to the former Chairman of PDP, Sen. Ali Modu Sheriff, Inuwa Bwala, made this known during an interaction with pressmen on Sunday in Abuja.

He said that the Ali Modu Sheriff led NWC were already started consultations with lawyers in an undisclosed location to look at legal action that could be taken on the decision reached at the convention.

He added that the meeting might continue till Monday.

Bwala said that Sheriff did not receive any court order stopping the convention until Friday, adding that the four court orders received on that day were “parallel and conflicting“.

He said that in order not to violate any of the orders Sheriff called for a meeting of the NWC and other organs who advised that the convention be suspended.

“It was based on this that Sheriff held a press conference and announced that the convention has been suspended.” He said.

Bwala said that Sheriff and some other Board of Trustees members immediately left Port Harcourt after the news conference but was surprised that some of the party officials continued with the convention.

He said that the only NWC member at the convention was the National Deputy Chairman, Prince Uche Secondus who he said claimed to represent the Chairman.

“He did not represent Chairman but his personal interest.

“The Chairman has announced the postponement of the convention and left. There was no way anyone could have represented a person who made such announcement .” He added.