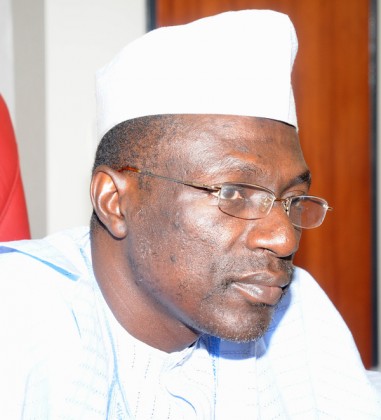 Members of the immediate past National Working Committee (NWC) of the Peoples Democratic Party (PDP) have endorsed their dissolution and other decisions taken at the party’s National Convention held in Port Harcourt.

This is contained in a statement jointly signed by the immediate past Deputy National Chairman of the party, Uche Secondus and six others.

The statement stated that in the absence of the then National Chairman of the Party, Sen. Ali Modu Sheriff, Secondus presided over the convention in accordance with Sections 33(1)(a), 35(1)(a) and 35(3)(b) of PDP Constitution.

The former NWC members said that as products of the party’s National Convention, they accepted without equivocation, all decisions and resolutions of the May 21, Port Harcourt convention of the party.

“The decision of the National Convention dissolving the NWC merely re-echoes our undeniable decision as members of NWC to give up our tenures for congresses and Convention to be held in May 2016.

“We recognise the Sen. Ahmed Makarfi-led National Caretaker Committee of the Peoples Democratic Party and offer the Committee all our support and cooperation.

“As responsible and honourable party members who have had the privilege of serving the party at the highest level, we do not support and are not party to any suit, action or activity seeking to challenge the decisions of the National Convention.

“We do not support and are not party to any suit, action or activity seeking to challenge the decisions of the National Convention in appointing the National Caretaker Committee or dissolving the former NWC, which had, at any rate, earlier agreed to go.”

“Chief Olisa Metuh, former National Publicity Secretary is indisposed on health grounds but agrees with this position,” the statement added.(NAN)